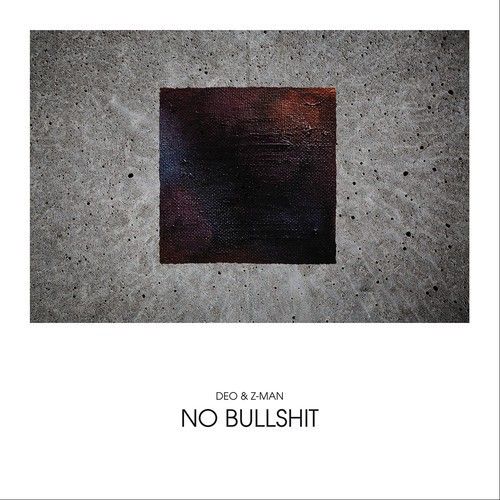 With their debut album on Hamburg’s taste making hafendisko, Deo & Z-Man proceed their research in contemporary electronic music beyond stylistic boun- daries and present a wide-ranging lucky bag of songs. The Italo-rooted brothers melt influences from modern House music, HipHop, Electronica and even jazzy ele- ments into a fresh and life-affirming total work of art.

And here it is in all its glory – ‘No Bullshit’ . With a healthy dose of tongue-in-cheek humour and a seemingly end- less supply of fresh ideas, Deo & Z-Man might have pul- led one of the most creative albums of the year. Effortlessly gliding between wigged out house for the dancefloor, synthy space weirdness, hip-hop infused beats and twisted, smoked-out electro pop – ‘No Bull- shit’ is a rare thing, a collection of esoteric and eclectic influences that hang together perfectly as a proper al- bum.

The boys have long since created their own special vibe through their well received singles, live performances and DJ sets – mixing musical knowledge, party rocking skills and a sense of fun that is all too often lacking these days.

Even more rare is to capture that magic in the studio over the course of an album. Yet ‘No Bullshit’, as the name cheekily suggests, nails it.

Listening to the album it’s easy to see how Deo & Z-Man cut their teeth with HipHop – tracks like ‘Tamastar Santi- ni’ (feat Janos), ‘Two Blue Bros’ and ‘YRUAG’ reveal a background of beats and rhymes that infuses the whole vibe of the album. Equally at home in the club, recent single ‘XTC’, ‘Chopped Memories’ and ‘Tales of Love’ are lessons in leftfield club dynamics – deep, musical grooves that hint at the brothers’ legendary nights as residents at the famed Golden Pudel Club.

Yet ‘No Bullshit’ doesn’t stop there – ‘Iced Out Space La- zerlights’ and ‘Universal Neighbours’ are both journeys into the synth stratosphere, while ‘Music to Driveby’, ‘Slippin Into Somethin’ and ‘Smokeroad’ are unclassifi- able – weird and inventive in the way that all great pop music is.