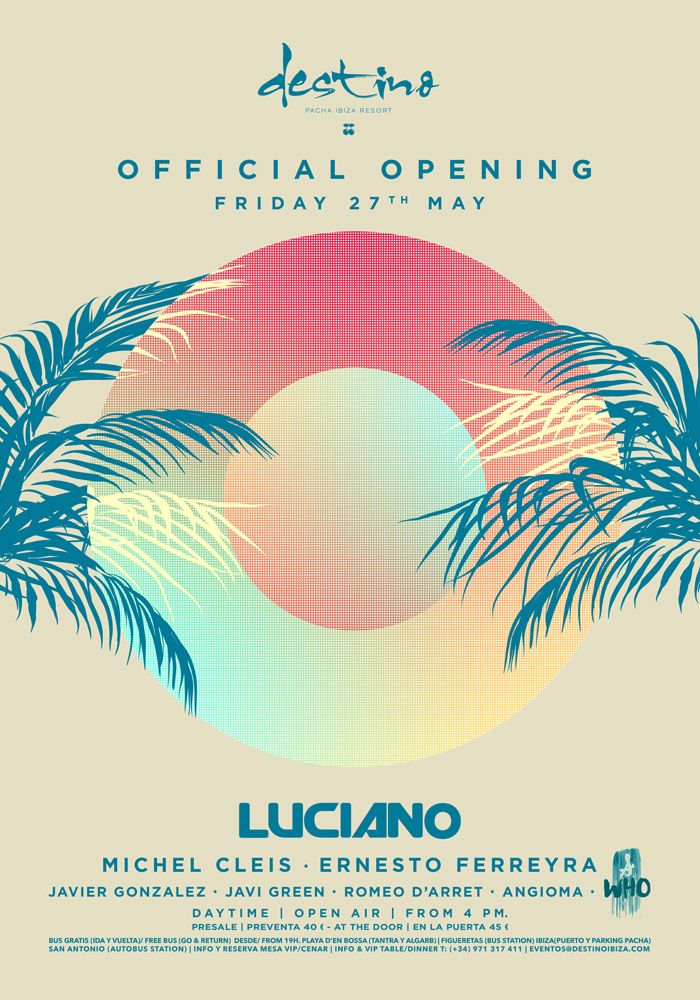 On such a special date, Friday 27th May, Luciano will be taking over the music of the grand resort’s Opening with Michel Cleis, Ernesto Ferreyra, Javier Gonzalez, Javi Green, Romeo       D' arret, Angioma and &Who

Destino Pacha Ibiza Resort has spent the whole year warming up, making changes and improving some service that was already at the highest level. To kick off the season and celebrate with clients and friends the start of its fourth year, this resort with the endless gardens has announced its official opening.

Luciano will be in charge of starting the season in this unique place. He will do so on 27 May, accompanied by some special guests who will entertain until midnight. Afterward, dedicated night owls can continue the fun at the Tox Club Privé, a covered locale with all the charm of a British gentleman’s club and the magic that has made Destino, in just four seasons, into one of Ibiza’s essential features.