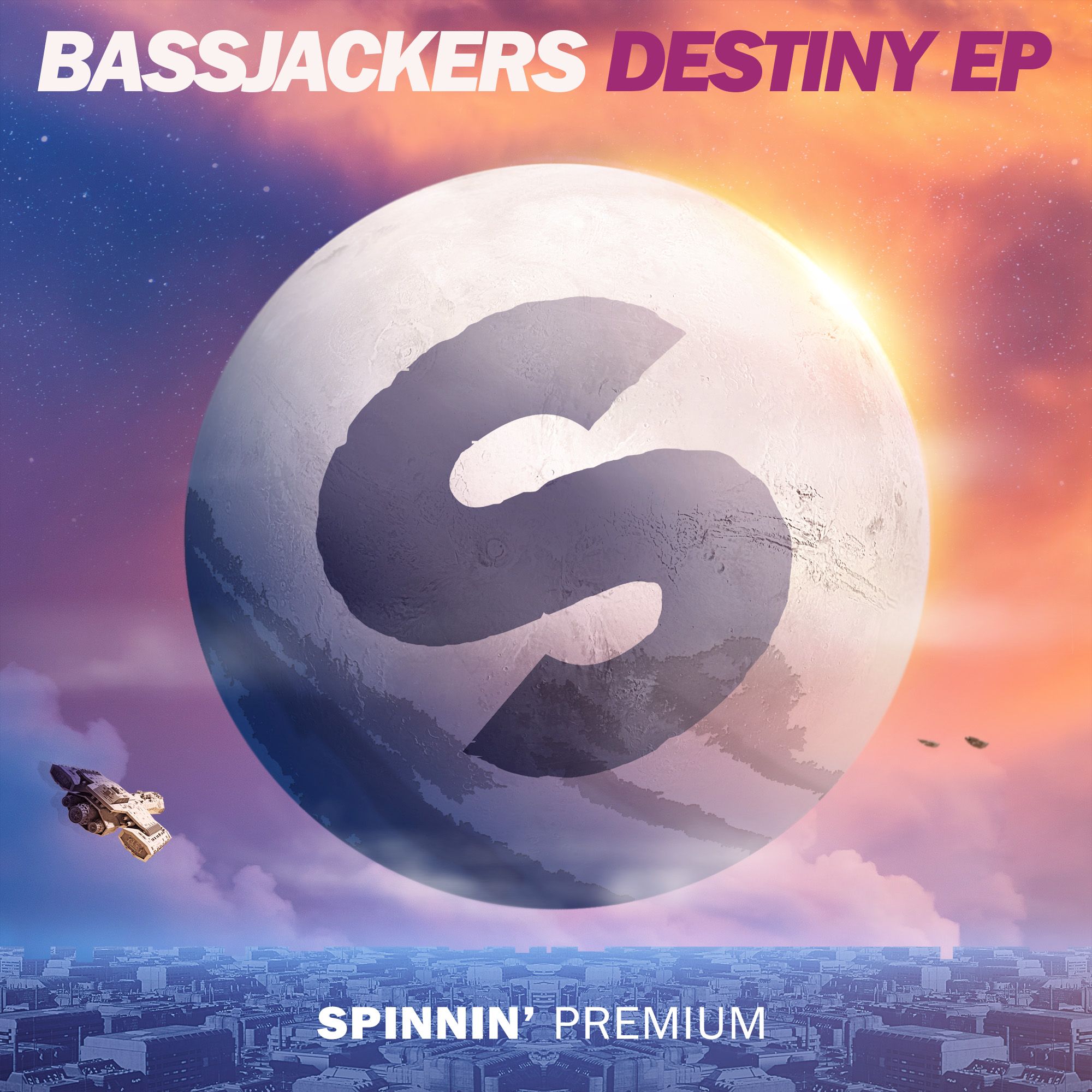 Dutch duo Bassjackers has released its much awaited new single 'Destiny', coinciding with the newly launched video game 'Destiny: Rise of Iron'. The track is out now on Spinnin' Premium, supported by an impressive gameplay infused music video and four-track 'Destiny EP'. As with every Premium release, the tracks will be available as a free download for the next two weeks:

Bassjackers are one of Holland's most legendary electro house duo's. Having produced everything from dirty dutch to dubstep, house and electro/progressive house, they’ve collaborated with Afrojack, MAKJ, Showtek, KSHMR, R3HAB and Dimitri Vegas & Like Mike to name a few. Their music has been released on the world's biggest dance labels, including Spinnin' Records, Musical Freedom, Revealed and Smash The House.

'Destiny EP'
As the duo's producer Ralph van Hilst is a big fan of sci-fi shooter game Destiny, he's created a mighty, explosive, reggae infused dance track that blends intense floor-filling moments with laid back verses and vocals from singer Matt B. After this, the guys got in touch with the team behind the video game, and talked about including elements from the game in the official music video – which you can see with the official release today.

Meanwhile, Bassjackers DJ Marlon Flohr started playing the track live, which led to enthused responses everywhere. “Our fans seem to really get into the track during our shows, it has this great dance vibe that blows the roof off once it hits the chorus.  We’re super excited to see how our fans react to the video once they see what we’ve done with it.”

'Destiny' is released as part of a four-track 'Destiny EP', coming with exclusive Bassjackers tracks 'To Be The One', 'Tomorrow' and 'One Fifty'.

Spinnin' Premium
Spinnin' Premium was launched in October 2015 as a new sublabel of Spinnin' Records, solely focusing on 100% free downloadable tracks. This is based on a (free) subscription; after signing up on the Spinnin' Premium website, every release can be downloaded for two weeks. By now, many artists have released their music here, including Quintino, Firebeatz & Apster, Watermät, Julian Jordan, Chocolate Puma, Mightyfools, Redondo, Lucky Charmes, Curbi, Tavi Castro and many more.