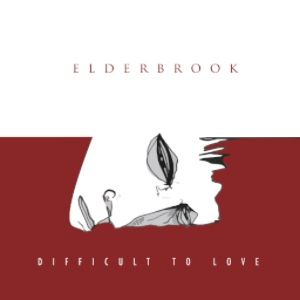 Produced by prolific house DJ and producer Ben Pearce, ‘Difficult To Love’ is driven by a bass-heavy beat underpinning a grooving melody. Known for creating a beautiful blend of pop-infused electronica, Elderbrook’s infectious vocals are lusciously layered over the clicking rhythm creating an uplifting feel.

Continuing on with his successful trajectory, ‘Difficult To Love’ follows on from the release of ‘First Time’, huge remixes from the likes of Riva Starr, MANT and WiDE AWAKE and his much-hyped sold-out headline show at XOYO, London. Garnering support from BBC Radio 1 DJs and credible tastemakers, Elderbrook is further cementing his status as an artist to watch.

Elderbrook first stormedinto the scene in 2015 with the release of his debut EP Simmer Down on the acclaimed Black Cutter records and his debut single ‘Could’ amassed over 4.5 million plays on Spotify alone. A classically trained multi-instrumentalist, Elderbrook has gone on to collaborate with the likes of AndHim and received remixes from Eats Everything and George Kwali. Aside from his steady production schedule, Elderbrook has been touring the world supporting Gorgon City and RÜFÜS DÜ SOL on their respective tours and played key dates at The Warehouse Project and a headline show at the new London venue Omeara.