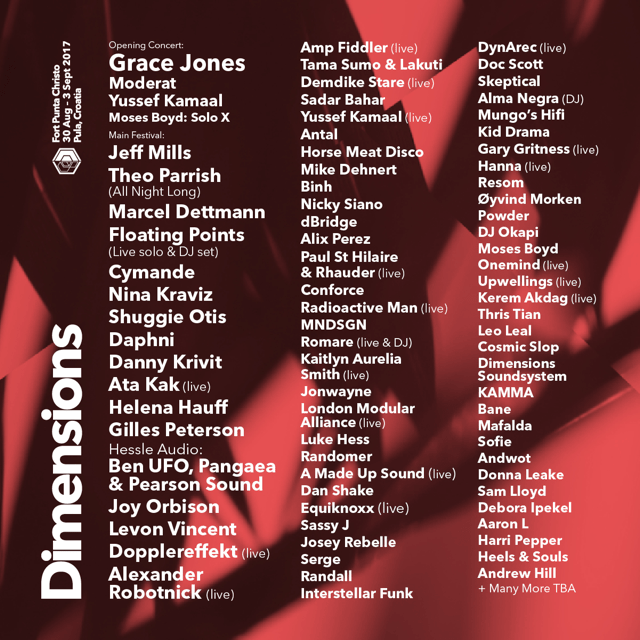 The first names for Dimensions 2017 are in.

The Croatian festival returns to Fort Punta Christo, Pula, for its sixth edition, which runs from August 30th through September 4th.

More names will be announced in the coming months.