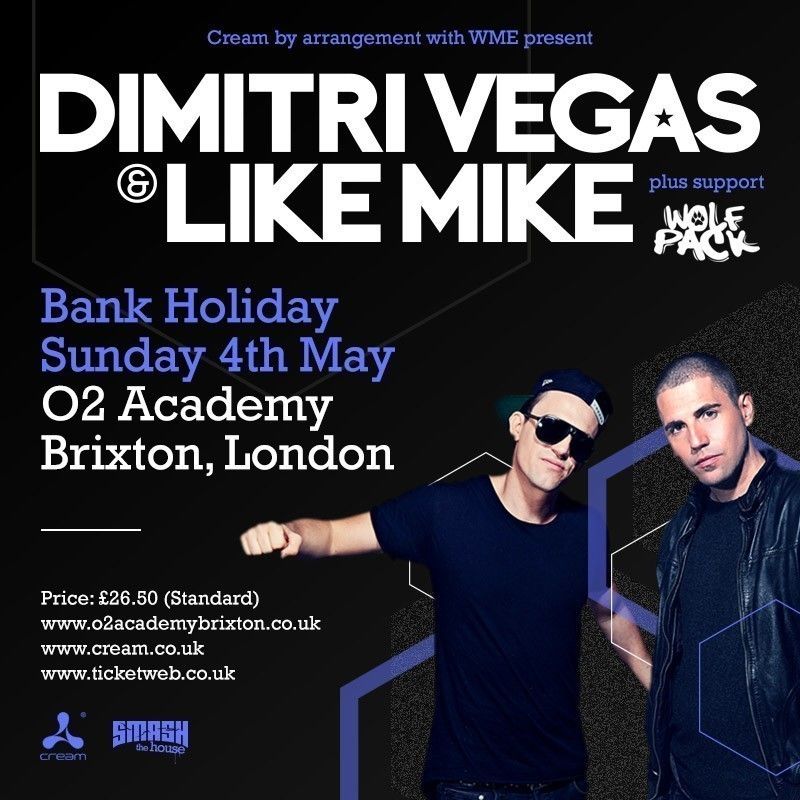 We are pleased to announce Dimitri Vegas & Like Mike will be performing 3 exclusive shows this May Bank Holiday weekend in Manchester, London & Liverpool as part of their ‘Smash The House’ UK Tour.

The brotherly duo, whose electrifying live combination of DJ Sets and crowd busting MC’ing has catapulted this Belgian duo to superstardom.

Their notoriety on UK shores was cemented last year when they took the award winning Creamfields by storm with one of the most exciting and electric performances in the festivals history. As well as releasing tracks on Size, Dim Mak, Mixmash and their own label ‘Smash The House’, the pair continue to set global charts on fire with tracks like ‘Wakanda’, ‘Turn It Up’ and ‘Madness’, As #1 hit makers and remixers to the A-list elite they have amassed a barrow full of accolades over the last few years and become one of the world’s most sought after production outfits and a leading light in the new wave of international dance music currently taking the planet by storm.

Other acts performing on the tour include Wolfpack, Tommy Trash, Nervo, Dyro, R3hab and Blasterjaxx to name a few.