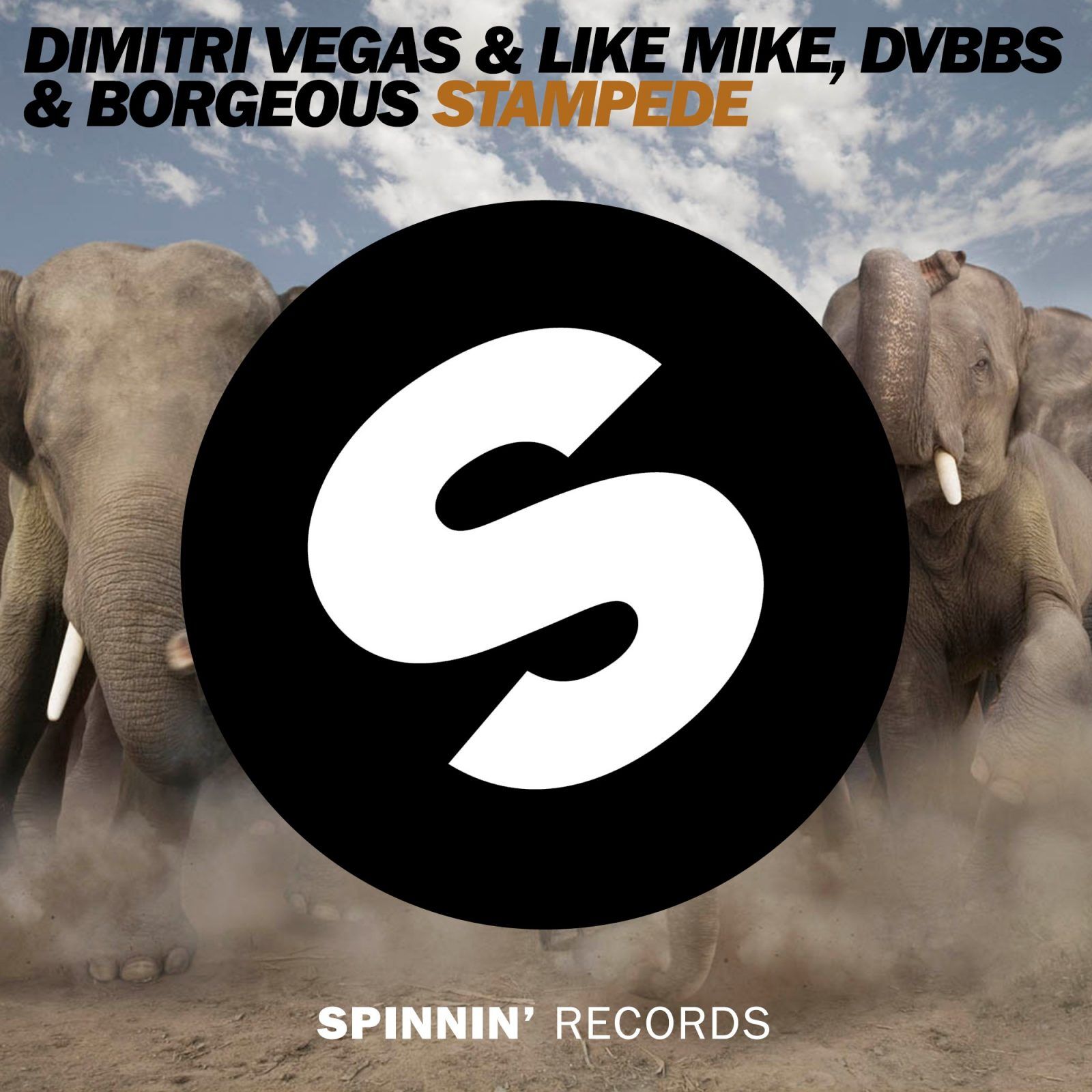 There is absolutely no let up in the tempo coming from Dimitri Vegas & Like Mike. After a sensational five Beatport #1s this year alone, the Belgian superstars get ready to let rip with their latest hit single ‘Stampede’. As ferocious and as unrelenting as the name implies, the track is a collaboration of mammoth proportions with Canadian producers DVBBS & Borgeous, currently conquering the charts with ‘Tsunami’.

Kicking off with a sumptuous run of chords and arpeggios that deliver shivers and goosebumps in abundance, it’s not long before the track erupts with the high octance bassline force these artists are world renowned for. Stomping all across the bass and treble lines, ‘Stampede’ treads the line between ethereal and downright filthy with perfect balance.

Originally heard as part of the 2013 Tomorrowland After Movie, fans have been desperately calling on the pair for an official release date, now confirmed as November 18th 2013. With the announcement of Spinnin’ Records as the official label partner and now this exclusive Soundcloud teaser to whet the appetites even further, get dance floors everywhere ready because the ‘Stampede’ is only weeks away.

Stampede is a particularly apt song title considering the recent rush to buy tickets for Dimitri and Mike’s hotly anticipated ‘Bringing Home The Madness’ arena show at the Sportpaleis in Antwerp, Belgium on December 21st. With tickets for the 20,000 capacity event, boasting production from the legendary creative team behind Tomorrowland and TomorrowWorld, selling out in a staggering 24 hours, the brothers announced this week that they will be addinga second date of December 20th for those still wanting to be a part of the experience. With 7,000 fans already registered at Livenation.be and tickets not on sale until October 23rd, the stampede to witness Dimitri Vegas & Like Mike cap off their most successful year in truly incredible style looks set to continue!