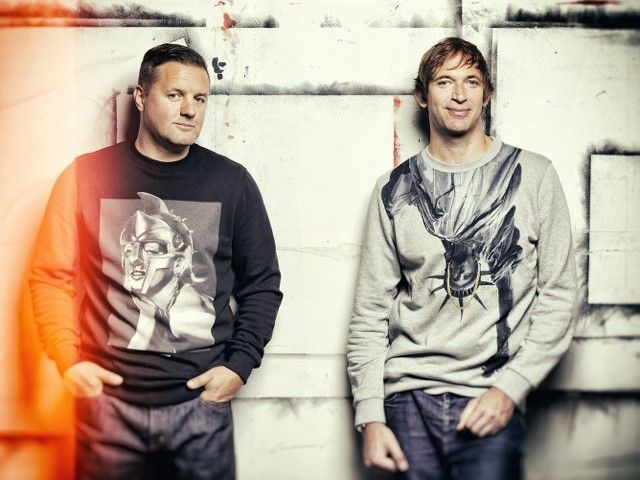 After the success of their debut Release for d:vision ‘Let The Night’ – still riding high in The Italian Official Top 40 Singles Chart after 1 month and now signed to Capitol Music in France, Germany and UK, Grammy winning duo Dirty Vegas returns with their new Single for the Label in the shape of ‘Setting Sun’

Poetically lovely, with more than a tinge of romanticism, ‘Setting Sun’ is an optimistic Song that roughly resembles the semblance of Empire Of The Sun and Pharrell-like alternative Dance elements. Emotionally alluring yet compellingly danceable, this is unapologetic Pop music that refuses to adhere to rigid boundaries.

Remixes for ‘Setting Sun’ (Part 2) include David Guetta’s favorites Daddy’s Groove & fellow producers Heymen – who supply a big and bold anthem that showcases their soulful capabilities for blending acoustic and electronic elements to spectacular effect. This is set to be one of the tunes of the Summer.

The Remix by super hot Scottish legend Grum is another big party Dance anthem with a great euphoric build up, electric arpeggiated vibes and hints of Pryda. As perfect for radio as it is for the dancefloor, this is crafted to fill the largest and loudest arenas at this festivals season.

Steve Smith & Paul Harris are well versed in the world of Electronic music creating Dirty Vegas over 10 years ago and are ready for the next step in the bands evolution. Continuing a legacy of excellence in a career that has garnered innumerable accolades including the pretentious Grammy for Best Electronic Album. Smith & Harris have spent 2013 working on new material, not to chase the trend of EDM but because Electronic music is in their blood, in their being and soul. The result is their 6th official release; an EP titled ‘Let The Night’ released on d:vision this Spring and already charting Top 3 on iTunes US Dance Albums.