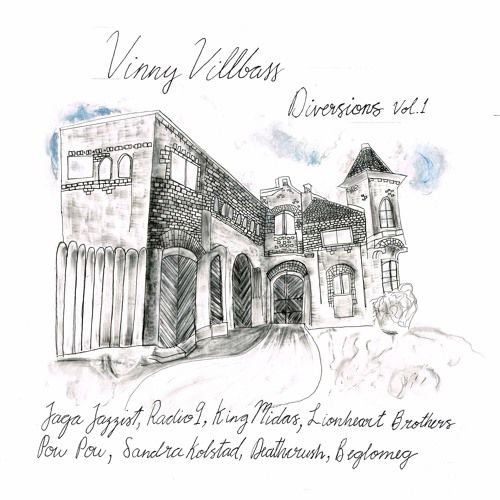 Vinny Villbass is one of the veteran driving forces behind the Norwegian club scene. In addition to an extensive list of club nights and house parties on his conscience, he is one third of the crew behind the renowned Oslo club night Sunkissed and initiator of the Norwegian web-portal OsloClubCast, building ties between the clubs, DJs, and producers of Oslo. As DJ, Vinny Villbass is known for his exceptional groove and timing as a result of fifteen years behind the decks, mostly in Scandinavia, but also as a resident in the German club capital Berlin, and in New York City. His musical experience also reaches far beyond his DJ and vinyl junkie acumen. As guitar and synth player in diskJokke Band and a master of acoustics, Vinny Villbass’s production skills showcase his very own trademark house music sound.

In addition to releases on labels such as Eskimo Recordings, Trunkfunk, and Afro Art, Villbass also has a long history of remixing. In recent years he has been remixing Norwegian bands as ‘diversions’ from his daily studio focus. Thus Diversions Vol. 1 collects a wide range of Vinny Villbass’s trademark analogue reworks, all produced at his peculiar studio compound at Grünerløkka in Oslo. Working with each band’s distinctive energy has resulted in a diverse compilation of contemporary Scandinavian quality, from Norwegian Grammy award-winning bands Beglomeg and King Midas, to Deathcrush, Pow Pow, Radio 9 and The Lionheart Brothers, plus electro-pop artist Sandra Kolstad and jazz futurists Jaga Jazzist. Landing on Beatservice Records, Diversions Vol. 1 offers a plethora of unique and ready-to-get-down nightclub sounds.