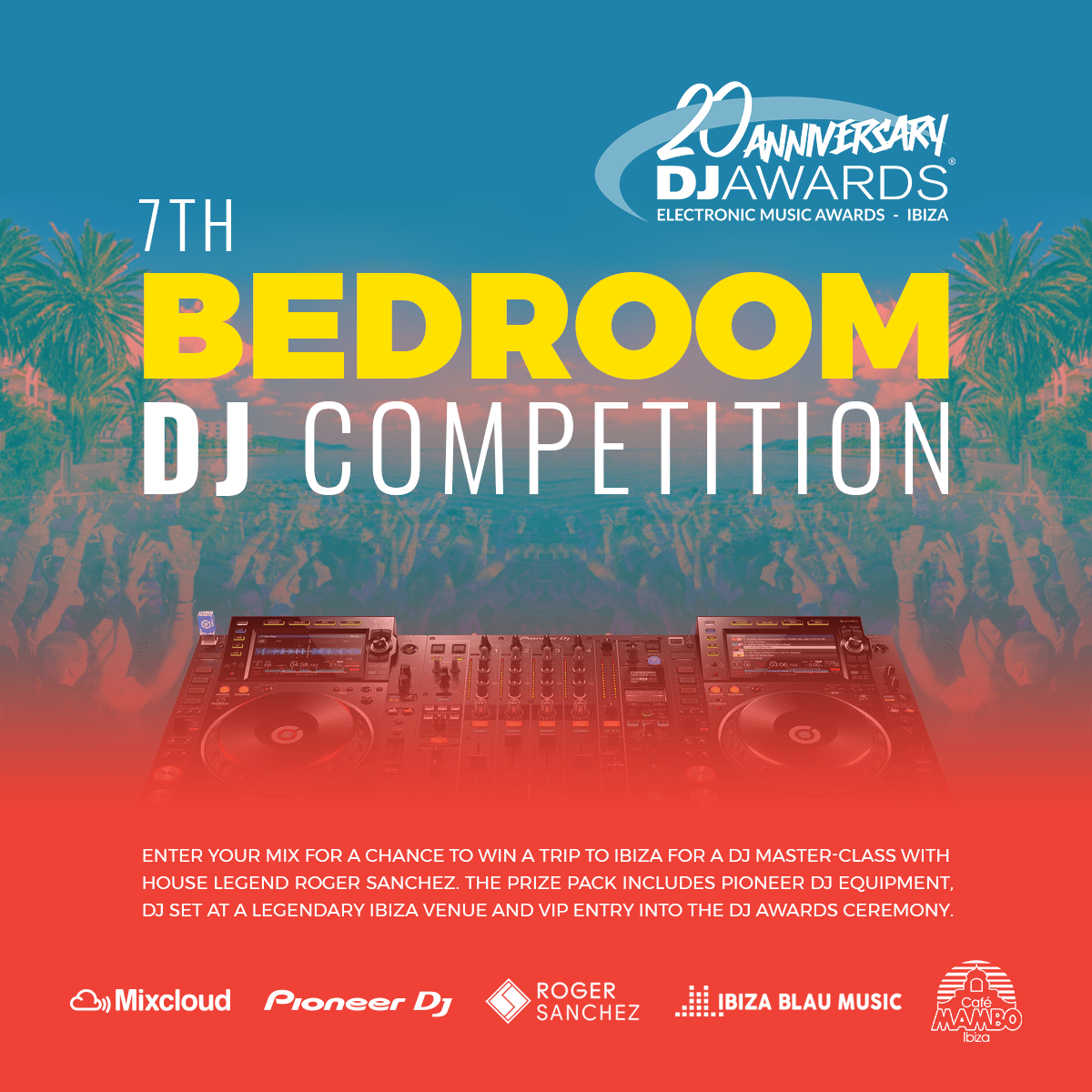 This year marks the 20th anniversary DJ Awards, and they are inviting amateur DJs from all over the world to create a set that grabs their attention. They are looking for an exclusive mix, unique to you, showing originality, creativity and passion for electronic music.

There is a big prize at stake. The winner will have the opportunity to get first hand knowledge about the world of DJ and production, providing a fantastic platform to showcase their skills in the capital of electronic music, Ibiza. They will also get the opportunity to play at one of Ibiza´s iconic venues, participate in the DJ Awards Radio Show, which will be broadcast around the world through their radio media partner, Ibiza Global Radio.

What's more, the winner can enjoy their trip with a companion, as DJ Awards will provide flights and accommodation. They will attend the exclusive awards press reception where many international media will be present. They will also have VIP access to the 20th Anniversary ceremony at HÏ Ibiza on Tuesday, 26thSeptember.

The House legend Roger Sanchez will be mentoring the master class, which will take place at the school of digital music Ibiza Blau Music on Thursday, September 28th.

Roger Sanchez has developed an impressive career in music, starting in the late 80s in New York City, he has to his credit more than two thousand productions and remixes issued on such labels as the iconic Strictly Rhythm, Defected, One Records and Armada Music in addition to having founded many others such as Narcotic, R-signal, Stealth and more recently UNDR THE RADR. He has played in the best clubs, headlining most of the main festivals around the world, and creating a unique and original style by merging his Latin roots with the purest House style. Roger is a self made man himself and a living legend of dance music.

In addition, there will also be three lucky finalists, who will each receive a pair of professional headphones from Pioneer DJ

In previous years the winners have come from Ireland, United Kingdom, Spain, Malaysia and Romania and Brazil. This year you can be you!
Find out how participating here

DJ Awards is an independent non-profit cultural association established in 1998 to recognise and honour the DJs and industry who have influenced electronic music around the world.

20th DJ Awards ceremony will be held on Tuesday, September 26th in Hï IBIZA where it will reveal the names of the winners of the prestigious Kryptonite.