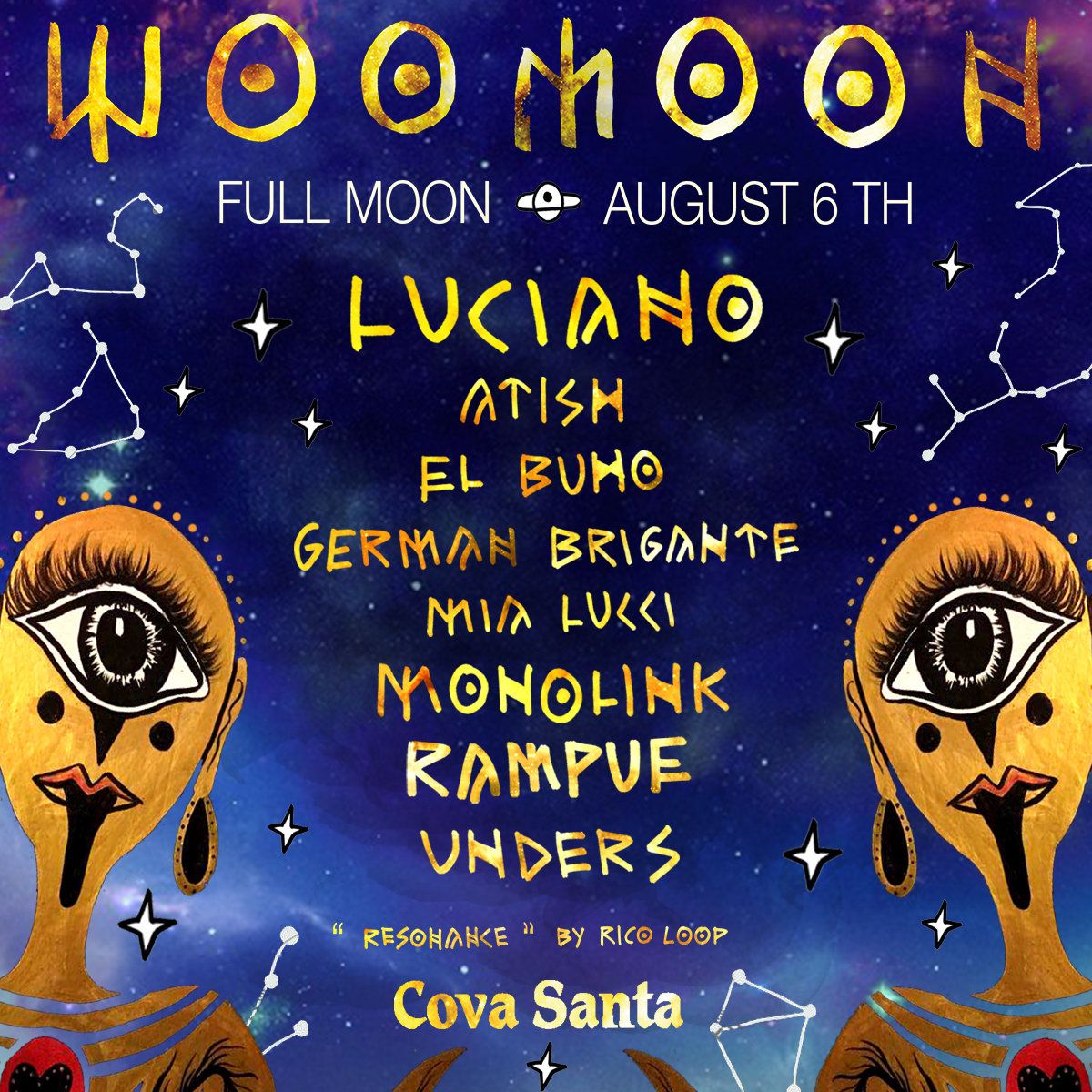 This Sunday, WooMooN celebrates the August full moon in Cova Santa with a musical line-up headed byLuciano, who will perform a special "Back to the Roots" set and also donate his DJ fee for a charitable cause on the island of Ibiza, a gesture that also demonstrates his gratitude and belonging to the island of Ibiza.

The Chilean artist is preparing a special set, which connects with the original sound of his roots. Alongside, WooMooN will have a special show for their Woomooners and for the island.

Doumi Busturia, the creator of WooMooN and Luciano have been friends for more than a decade and have long wanted to work together and collaborate in giving an artistic experience to their audience. Luciano comments "I was at the opening of Woomoon and there I met people who I had not seen for a long time,  I found freedom and a deep connection with everyone. That touched me". In addition, he found inspiration in the sound of WooMooN: "I found a slower, less pretentious, more fluid sound". In my productions, my sound has been much deeper. It caught my attention and generated many creative ideas".

Luciano arrived on the island after founding Cadenza Records and being one of the regulars of Cocoon in Amnesia at the end of the first decade of 2000. It was on the island where his career took off, first with his residency in the old Ushuaia Beach Club and then in Pacha, and his "Vagabundos", it was the first party that combined the aesthetics of the circus and the concept of the globe-trotting artist, all mixed with minimal house with Latin influences. Something that resonates in the fundamentals of WooMooN. "I've never questioned what I have to do with my career. Many years ago I understood that it is what I was given to do in life , and I do it without questioning if it is going well or is going badly. I do what the heart dictates to me "

WooMoon's musical policy has always consisted of championing new talents, emerging scenes and sounds that had not come to the island, a sound related to the organic, the folklore, but with the quality electronic dance as the thread. Something that marries perfectly with the character of Luciano "in the music one goes through different phases and is a slave of the creativity. For me, Ibiza has always been chaos and for me, creativity and art are born of chaos."

Joining him is rising talent Monolink, and one of the artists of the WooMooN sound brand Rampue, in addition to the family, Unders. With the performances of electronic folk artist El Buho and a regular from Burning Man, Atish. with the Berliner Mia Lucci and the Spanish German Brigante, all synchronised with the artistic shows and the performances of WooMooN that happen throughout the night.

A night that is not only special for the party but also for Luciano "the moon has a very big influence and still very mysterious to me".

That influence of the moon and that mysterious magic is what we expect everyone to feel on the August full moon.