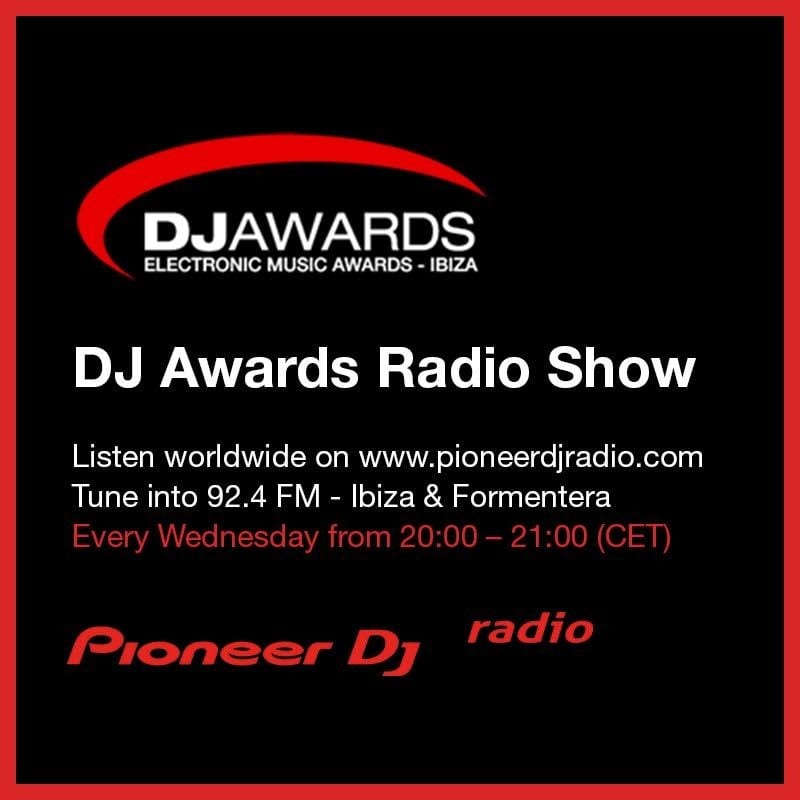 Having assembled a list of the most exciting DJ talent for you to vote on, we have the privilege of inviting some of the nominees to join us for a guest mix on the new DJ Awards Radio Show.  Produced and broadcast from the studios of our radio media partner, Pioneer DJ Radio www.pioneerdjradio.com, the show will be broadcast worldwide and in Ibiza and Formentera on 92.4FM.

The first of our weekly broadcast will be on Wednesday, August 12th from 20:00 to 21:00 CET with Richy Ahmed and will continue right through until the 23rd of September just before recipients of the awards are announced at our awards ceremony in Pacha.  Richy Ahmed has been nominated in the category of Breakthrough where he is up against some tough competition including The 2 Bears who will feature on the radio show on September 16th.

Tune in to this Wednesday as we chat with Richy Ahmed and hear the music that has seen him turn heads over the past year.

12 Special Industry Awards will be chosen by our panel of industry experts, including the likes of International Festival, Dance Nation Of The Year, Outstanding Contribution, Ibiza DJ and Track Of The Season, and will also be presented during the ceremony.

The DJ Awards is a celebration that takes place at the end of the Ibiza season to unite DJs and the music industry from all over world. This year the ceremony at Pacha will be followed by an exclusive DJ Awards Official Party, featuring some very special guests to be announced soon.

This year’s theme is Meet on the Beat, signifying how music unites everyone, above and beyond the highs and the lows, we will still all meet on the beat!