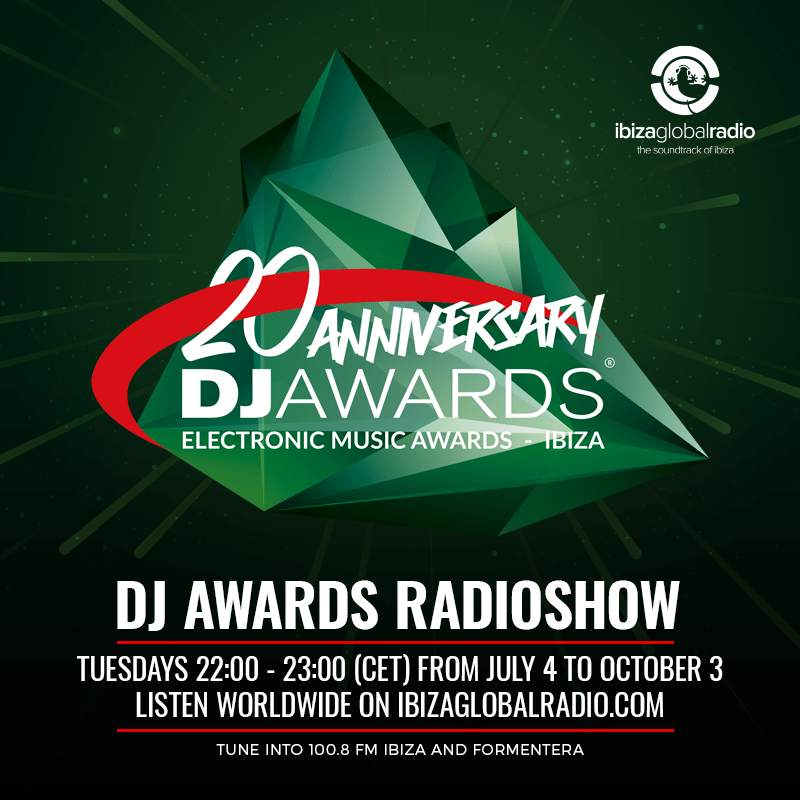 DJ Awards is celebrating its 20th anniversary, and following the latest announcement of the 2017 Nominees, they are now excited to announce this new collaboration with Ibiza Global Radio who will be hosting their weekly radio show every Tuesday at 10PM kicking off on July 4th.

This residency will run for 14 consecutive weeks on with their radio partner, Ibiza Global Radio, with some of the shows being broadcast live on Ibiza Global TV. In this weekly show, they will feature exclusive mixes and interviews with some of the nominees from a selection of the categories, including Bass, Big Room House, Breakthrough, Deep House, Downtempo & Eclectic, Electronic Live Performer, House, Newcomer, Tech House, Techno and Trance.

The first show is dedicated to reviewing the list of nominees and categories that make up this ceremony, as well all the innovations that will happen in this new stage of the DJ Awards. Celebrating its 20th Edition for the first time at HÏ Ibiza on Tuesday, September 26th.

You can listen to DJ Awards Radio Show around the world at www.Ibizaglobalradio.com or at the 100.8 FM in Ibiza and Formentera

DJ Awards is an non-profit organisation, created in 1998, which recognises the work and talent of the DJs that most influence the electronic music scene worldwide.

Some of the winners of the prestigious Kryptonite Award in past editions have been:
Armin van Buuren, Carl Cox, David Guetta, Frankie Knuckles, Black Coffee, Richie Hawtin, Solomun, Maceo Plex, Skrillex, The Martinez Brothers, Sven Väth and Luciano and in the special categories  IMS, We Are FSTVL, Rekordbox, Innervisions, and Soundcloud among many others.

VOTING IS OPEN, have your say at djawards.com/vote-now