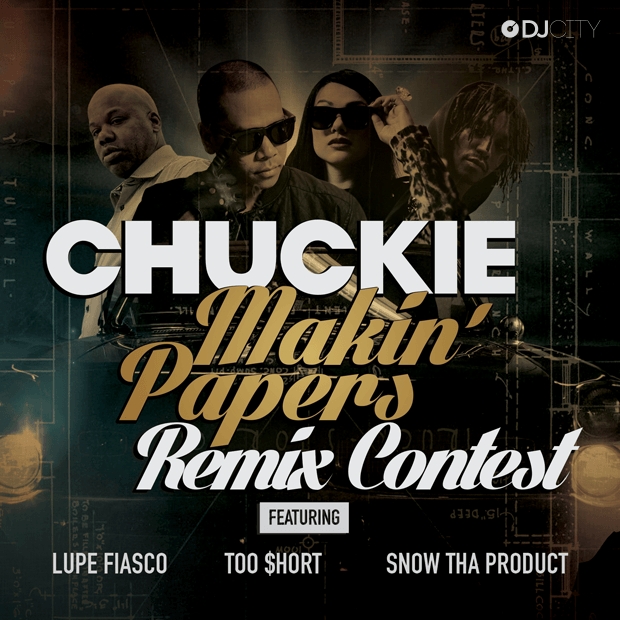 “It’s always been about bringing different styles of music together for me. With ‘Makin’ Papers’, we’ve managed to fuse the freshest and most exciting music scenes on the planet together in one track.”
– Chuckie

To enter, participants must follow the directions below and submit their remix no later than September 17, 2013, uploaded on the Soundcloud Dropbox.

The winning remix will be:

Released on Chuckie and DJcity’s websites and social media

Played at one of Chuckie’s upcoming live performances

When promoting your remix on social media, include the official hashtag: #MakinPapersRemix

Entrants will be judged on originality and technical ability

Contest is open internationally. Each entry should be submitted only once. Participant hereby grants Chuckie irrevocable, fully-paid, perpetual world-wide license to reproduce, edit, adapt, copyright, publish, transfer, distribute, perform, display and use any or all of the entries, without compensation to you or any third party. Winners will be notified via SoundCloud’s messaging system.