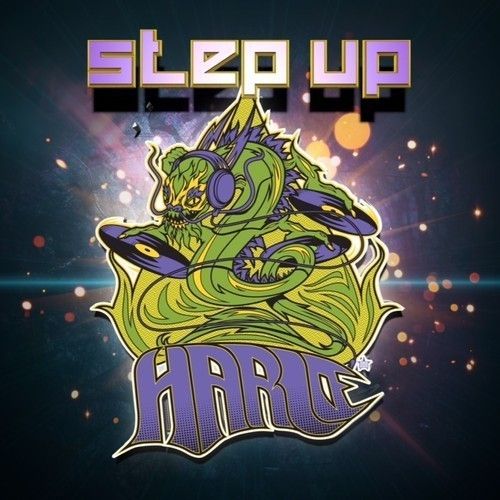 Jason Harlowe aka DJ HARLO drops his new STEP UP EP on Mixed Heritage Studios/Ferrrara Multimedia. The Trap minded release features STEP UP (title track), Cinemalife and Steve Rock Tribute. Inventive sound design is combined with clever sampling while retaining a peak time party vibe to the overall sound. DJ HARLO is part of the ZONKEDOUT artist collective & family and is currently on tour as a DJ for Jay Tablet as well as Cloaked Characters. Harlo performs both with bands as well as a solo Electronic DJ.

DJ HARLO: “I’ve always had an open mind when it came to new and different sounds. The first time I first got introduced to dance music when I went to these large events in Southern California in the mid 90’s. Mainly the ones from insomniac & midnight bomber themed events where I really got into Trance and Drum & Bass type of music. Artists who really inspired me at the time included people like Deacon, 119 Cru, Aphrodite and Christopher Lawrence; all for whom I have great respect. I originally started my DJ career on turntables, but eventually moved to Final Scratch in 2003. Digital controllers came way later for me, but in my opinion it’s not really about the tools that you use, but how you are able to use them.

My album drops this Summer. It will be a merger of several styles I love such as Trap, Trance, Drum & Bass. These genres have their own scenes in the world of EDM, but I embrace them all. There will be a few surprise featured artists on there as well. When people check out my music, I want them to feel that they can shed the outer ego; letting go of the rules that bind us, allowing creativity and the beauty of the child mind to emerge.”

DJ Harlo was one of the first artists to introduce the electronic sound to Central Oregon back when dance music was far from popular. He pushed for the sound as hard as he could bringing it to several clubs and bars around the area, working closely with the SMS Family. Currently Harlo holds a residency at the Astro Lounge in Bend, Oregon. Aside of that he will be on tour from April to May along side Jay Tablet with A Plus (from should of mischief & Hieroglyphics) and Knobody.