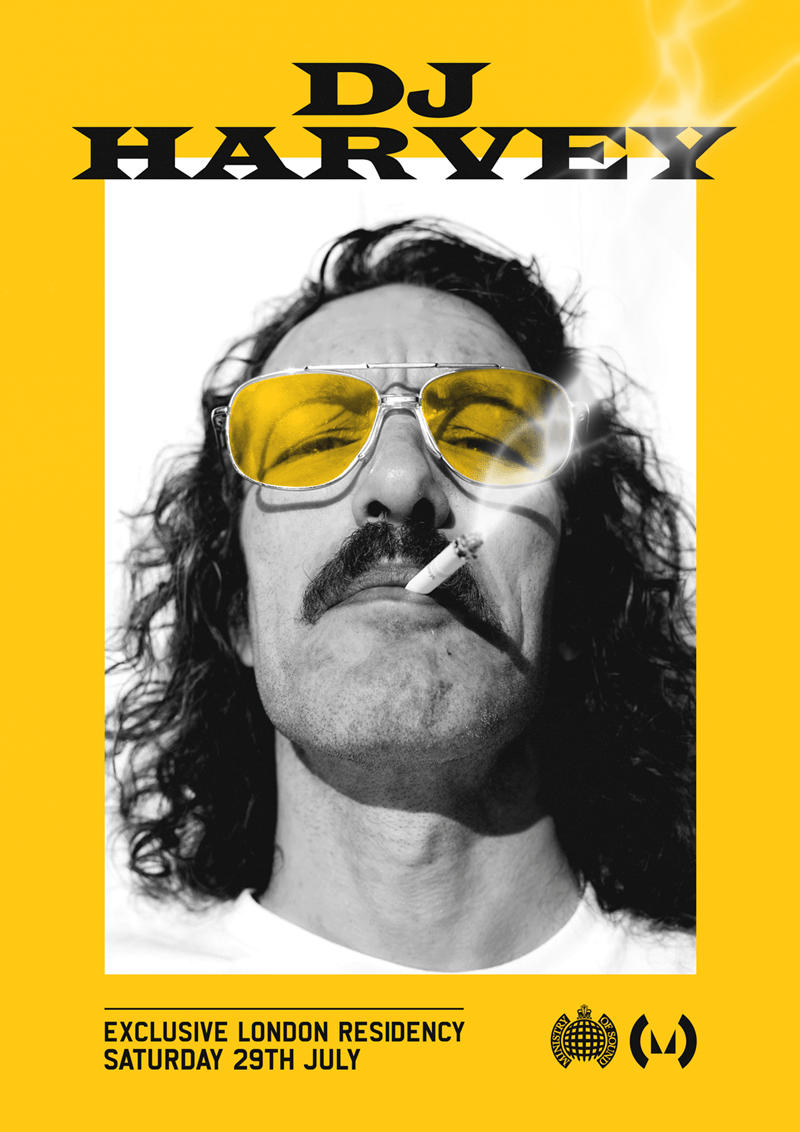 We are very excited to announce the second of the four-date residency of the one and only legendary DJ Harvey. Following his triumphant return in 2016 Harvey will not only be playing all night long in ‘The Box’ but will be curating the lineup for the entire club providing guest DJs to compliment his creative approach. Harvey’s relationship with Ministry of Sound spans 25 years as an original resident at the clubs inception and the subsequent release of his seminal Late Night Sessions compilation.

We are eagerly anticipating the dance floor magic that Harvey alone can conjure. Discerning clubbers of every persuasion will be able to experience this for yourself on July 29th and subsequent dates to be announced in Summer, Autumn and Winter. These will be Harvey’s exclusive London/UK DJ dates.