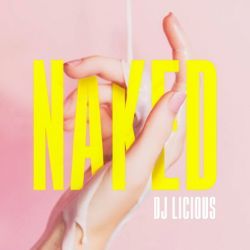 Belgium-based based DJ and producer DJ Licious has delivered the release of his summer primed single, ‘Naked’ and is out now via Polydor.

Following the release of ‘I’ll Be Alright’ his second single on Don Diablo’s HEXAGON imprint label that gained more than 2 million streams, the producer has gone strength to strength releasing across esteemed labels, Positiva, Spinnin and his own imprint SHOMI, all while placing his name on lineups including Tomorrowland, Sziget Festival and Defected Croatia.

Having started his journey a few years ago, DJ Licious built his brand and club focused label SHOMIwith names such as Roger Sanchez, Low Steppa, The Magician, Franky Rizardo and Riton. While building his name and clubbing concept, releases such as ‘I Hear You Calling’, ‘I Can’t Stop’, to putting his remixing talents on Avicii’s & Rita Ora’s worldwide smash ‘Lonely Together’ only furthered his name across the dance industry.

Set to dominate summer playlists and across the festival season with an exciting performance on the main stage at Tomorrowland, ‘Naked’ is out now via Polydor.