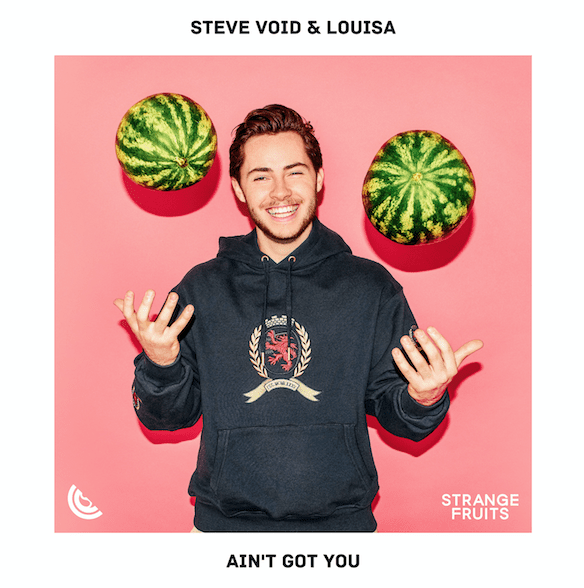 Boasting an almighty hook, and sharp dancefloor instrumentation, the latest offering follows closely behind Void’s recent remixes of Lewis Capaldi’s ‘Hold Me While You Wait’ and Ava Max’s ‘So Am I’. His fan favourite ‘Closure’ also gained support from BBC Radio 1’s Dance Anthems show and has surpassed 20 million combined streams.

Speaking of the new single and working with Louisa, Steve said: “I’ve been a fan of Louisa for a while now ever since her collab “Tears” with Clean Bandit and thought she had the perfect voice for ‘Ain’t Got You’”.  He continues to say “I sent the track over and Louisa loved it, she absolutely nailed it, giving a whole different twist to the record from where I was aiming for.”

Void’s talents and ambitions started from a young age. At 10 years old he got his first piece of producing software, and by 14, he’d thrown himself into dance music, having picked up a job in the coat room of a local nightclub. From there, he went onto study at the Herman Brood Academie, a notorious music production school in Utrecht, known for recently producing Martin Garrix.

It wasn’t long before his career trajectory started to ascend rapidly, notably remixing The Weeknd’s “I Can’t Feel My Face”. The Soundcloud plays stacked up in their millions (nearly 10m to date). He received a video of Norwegian DJ Matoma playing the track to an enraptured Coachella crowd and soon after, Void was invited as tour support for Matoma across a US and European tour.

Festival slots followed but Void wanted to harness the momentum he had built into something else. He didn’t want to be just another DJ sucked into the circuit. He took a step back and forged a plan to move forward as an artist that was unique and in no way replaceable. Strange Fruits was born. A label set-up to be an artist-friendly platform to spread the word of emerging dance and pop acts. Eye-wateringly productive, Strange Fruits recently celebrated its 500th release in just 18 months.

At just 22 years old, Void has positioned himself as much of a producer of talent as he is a magnet for it. With an ear so close to the ground he can hear future hits miles away, and as the pair have racked up half a billion streams between them, ‘Ain’t Got You’ is undoubtedly set to follow suit.