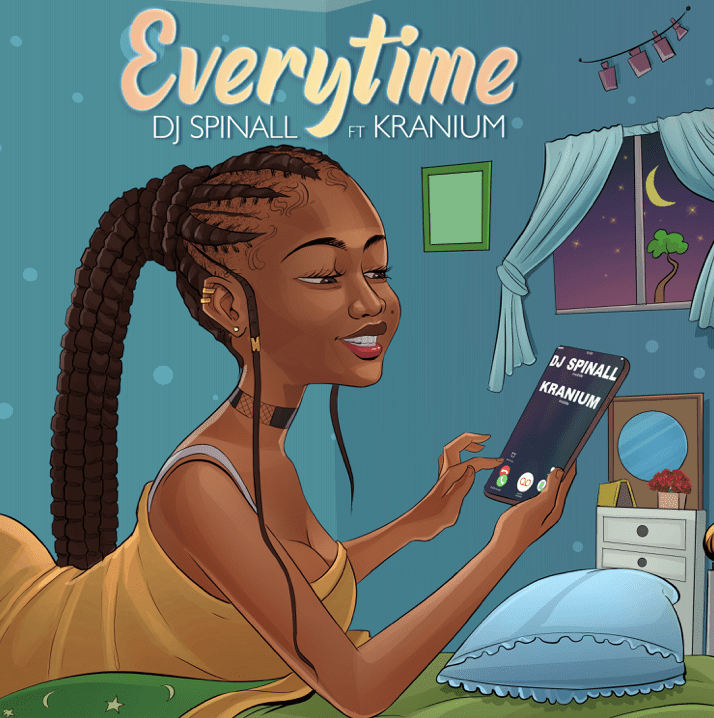 DJ Spinall is the Afrobeats pioneer that has remained central to the global visibility of the culture rich genre that has taken over the world with its ability to make the heart beat and the feet dance. Visionary and experimental in his application to test the genres boundaries and move it in to new realms, he teams up with dancehall sensation Kranium for his new, self-produced release ‘Everytime’.

Responsible for the creation of music that has been streamed over 100 million times, DJ Spinall has remained on a remarkable run since the genres infancy. His ambitious and expansive discography seamlessly genre-hops across a musical spectrum that includes hip-hop, R&B, dancehall, reggae and more, reflected in his collaborations with the likes of Burna Boy, Mr Eazi, Wizkid, Tiwa Savage, Kizz Daniel and Kojo Funds. His music has positioned him as a central figure to deliver not only the music but the culture too as seen in his inclusion on Beyonce’s ’The Lion King: The Gift’ documentary and via his wardrobe collection that features Ankara prints and an abundant collection of caps that have become synonymous to his branding and a fan favourite amongst his 2.1 million Instagram followers.

The inevitable partnership of afrobeats and dancehall on Spinall’s latest single is born from the soulful and tangible elements that each genre holds within its DNA. Spinall explains “I have made amazing hit records but this is special to me beyond words, a song for all for seasons“. Undiluted and authentic, ‘Everytime’ reflects the breadth, soul, energy and dance-inspiring intensity of black musical expression captured by two artists that sit at the very centre of it. Explaining how the record came to fruition, Spinall continues “I met Kranium for the first time in Uganda at a concert we both headlined, our friendship started from there. Fast forward two years later, we were in studio together in London and we recorded this magic ‘Everytime’”.

Featuring sweet percussive layers, a jazzy rhythm and traditional African drumbeats, Spinall twists the record into his untouchable sound with popping adlibs which are married perfectly to Kranium’s laid-back, seductive delivery, honest lyricism and Jamaican patois. The result is a sensuous, stirring number that sparks the dance within you. The partnering video, premiering on DJ Spinall’s YouTube channel and directed by Dalia Dias, captures both the bold and bright character and cultures of the duo with colour packed scenes playing a primary role in the visuals, alongside statement fashion pieces worn by the cast. Yet the sensual and alluring tone remains equally as prevalent. Glistening, sequin draped dancers and hazed out tones come in to play with Kranium performing to camera and Spinall remaining a central role, capturing the delicate and captivating tone of the record.

As a DJ, artist and producer, Spinall has a different positioning to his contemporaries and has surpassed the genre confines to crossover into international recognition. Seeing him announced as ‘official DJ’ for the BET Awards in L.A, he then become the first African DJ to perform at SXSW and Glastonbury last year. His continued investment into his own culture and illuminating his rich heritage through his music, fashion and live presence, identified him as a trailblazer and subsequently awarded him as the first African DJ to be endorsed by an international brand via a partnership with Smirnoff, he has since been named as DJ brand ambassador for Pepsi too.

Continuing to be in the vanguard of musical revolution, Spinall’s collaboration with Kranium for ‘Everytime’ represents more than just exceptional, feel-good music but also a culture rich tapestry and a lesson in the meeting of musical excellence. 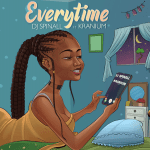