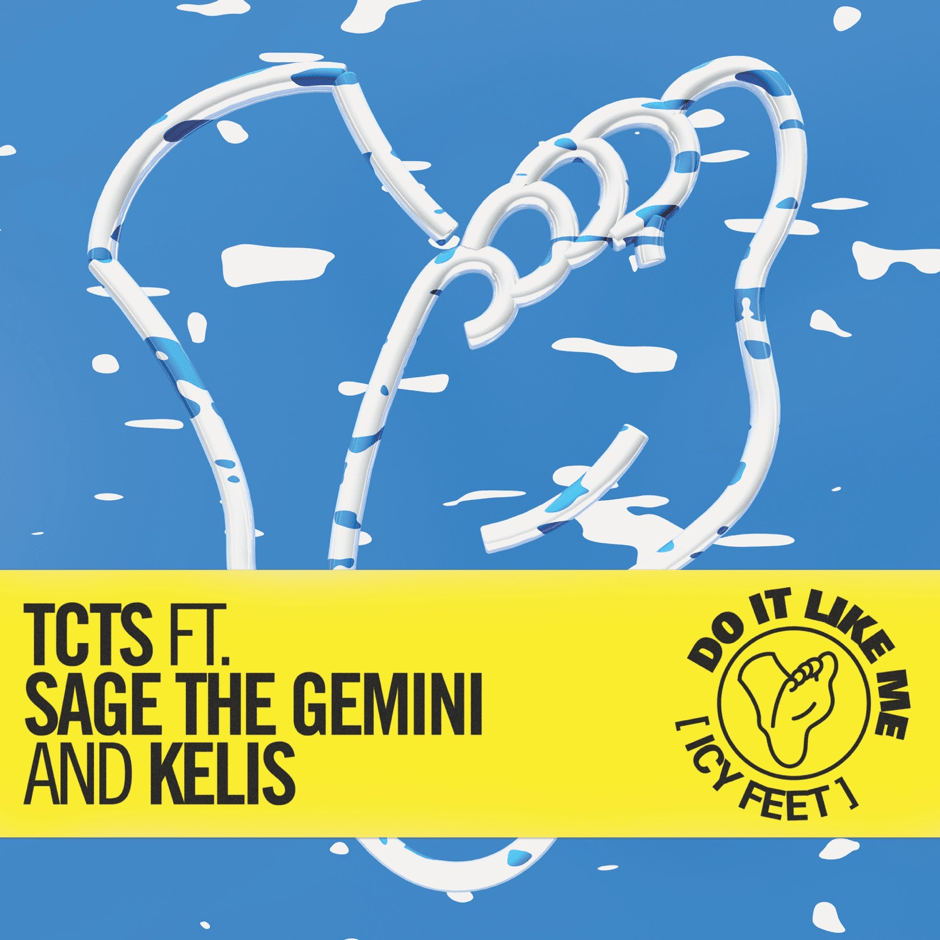 Manchester-based producer TCTS is set to release his huge new single ‘Do It Like Me (Icy Feet)’ via Ministry Of Sound. The vocal remake of energy-packed underground anthem ‘Icy Feet’ finally lands as the instrumental continues to gain an endless amount of specialist support from the likes of Pete Tong, Mistajam, Annie Mac, Danny Howard ('Future Anthem'/ 4 weeks #1 R1 Dance chart!), daytime Radio 1 plays from the likes of Nick Grimshaw and Clara Amfo as well as Capital, Kiss, Beats1 + many more. It's been in the Shazam top 200 chart for several months and most recently entered the Top 10 on Shazam's future hits as well as peaking at #3 in the Shazam UK Dance Chart.

TCTS – aka Sam O’Neill – has recruited an unbelievable all-star cast for the new edit, inviting LA based ‘Now and Later’ rapper Sage The Gemini and legendary R&B powerhouse Kelis to join him on vocal duties.

Do It Like Me (Icy Feet)’ boasts a stomping bassline and an undeniable synth underpinned by Sage The Gemini’s punchy rap and Kelis’ cheeky sultry vocal. The playful call and response lyrics are almost a bragging and boasting challenge between the two artists which provides the perfect dynamic to complete the beat providing an explosive vocal hook and turns this floorfiller into a chart ready transatlantic hit!

Sage recently harnessed the power of Snapchat to turn his single 'Now and Later' into a global viral hit, entering into the Hot 100 and recently becoming a UK top 20 smash. Kelis is also no stranger to a hit, the milkshake maker has sold over six million records Worldwide and boasts 10 x top 10 UK chart singles having worked with the likes of Calvin Harris and Busta Rhymes.

TCTS is starting to turn heads, recently touted as the 'artist to watch’, his club ready records ‘Live For Something’ and ‘Jelly’ both received championing support across BBC Radio 1 from the likes of Annie Mac, Pete Tong and MistaJam. Over the past few years he’s gained recognition by reworking tracks for notable artists including Jessie Ware, Haim, Years & Years and Snakehips.

Ready to ignite dancefloors once more and climb straight to the top of the charts with ‘Do It Like Me (Icy Feet)’, the excitement surrounding TCTS and this latest single is sure to set him up for global domination and beyond.