Martin Solveig - Do It Right 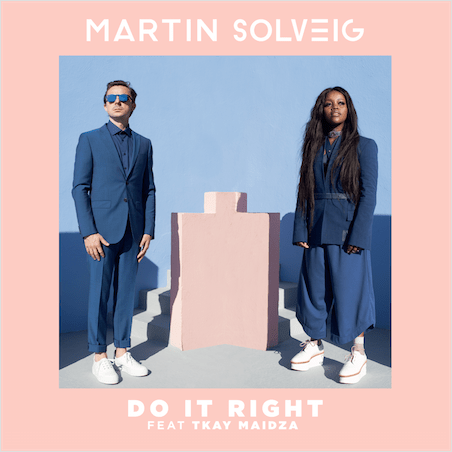 Martin Solveig - Do It Right

Having released the full lineup for his ‘My House’ Pacha Ibiza residency earlier this week, Martin Solveig is proud to present his latest dance music masterpiece ‘Do It Right’ ft. Tkay Maidza. The single is out today (20th May) via Positiva.

Packed tightly with his signature bounce and electronic flair, ‘Do It Right’ is an infectious slice of future house from start to finish. Lead by the rich vocals of Zimbabwe-born Tkay Maidza, ‘Do It Right’ lends its ear to steel drums and big brass sounds, creating the perfect fusion of catchy verses and experimental percussive elements.

‘Do It Right’ feels ready to build on the success of Martin’s 2015 chart topping hits ‘Intoxicated’ and ‘+1’. ‘Intoxicated’ reached #5 in the UK charts, granting Martin his first UK Top 10, and has since amassed over 107 million Spotify streams and 100 million views on the official video.

Following the single’s release, fans from across the globe will be able to indulge in the upbeat anthem, ‘Do It Right’, at Martin’s weekly ‘My House’ party. The legendary night runs every Wednesday from 25th May to 5th October at Ibiza’s Pacha nightclub. Expect to see the likes of Diplo, Mark Ronson, Blonde, The Magician, Don Diablo – in addition to Boyz Noize, Cassius, Tchami, M83, Shadow Child, Billy Kenny, GTA and many more over the 20-week residency.