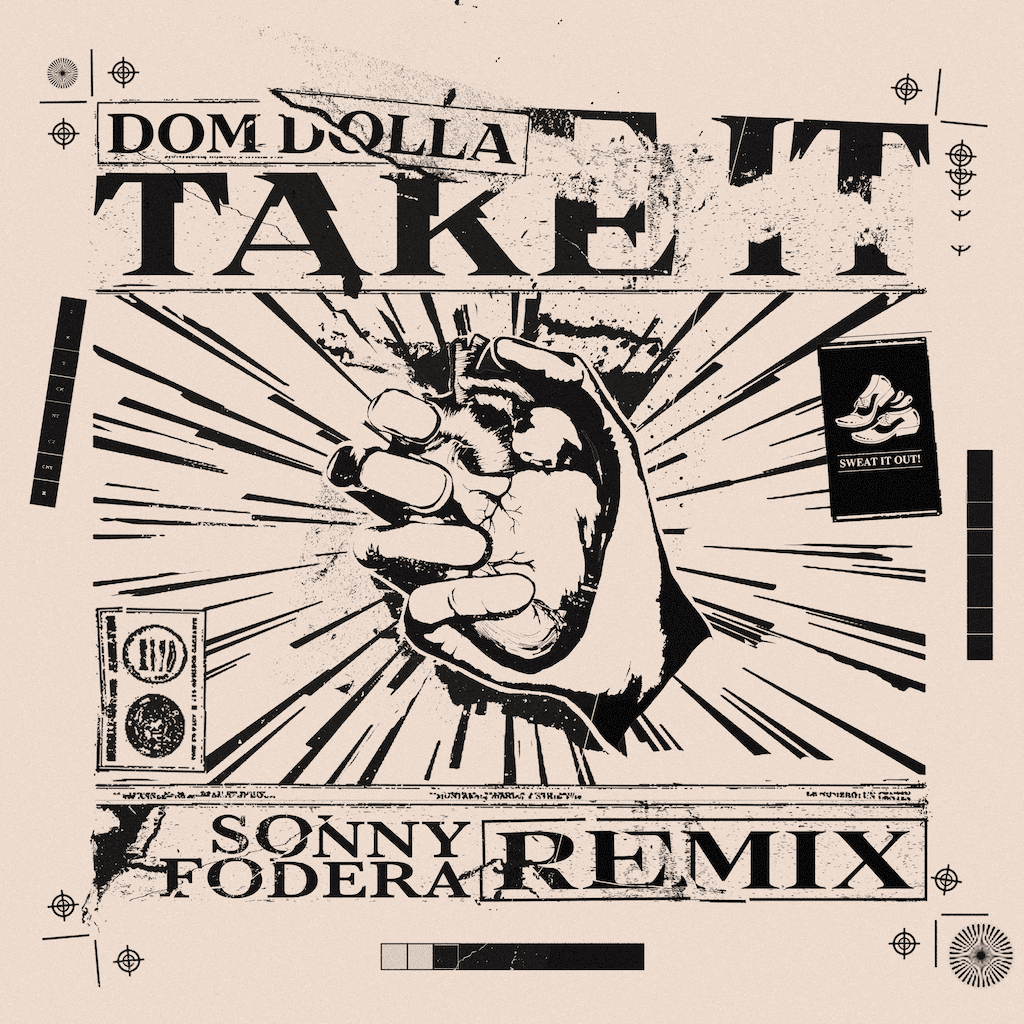 With Dom Dolla’s original amassing over 22 million streams across platforms to date, “Take It”continues to cement itself as a breakout specialist track of 2019. The single reached #1 on ARIA Club Chart (currently 16th week in chart), Beatport Overall Chart and Beatport Tech House Chart.

Following sold-out shows in Melbourne and Sydney, Dom Dolla is set for another busy summer including his UK debut at The Egg, London on July 5th and sets at Tomorrowland, Hideout, We Are Electric NL, Ibiza, and Greece.

Sonny Fodera has been further establishing his place in dance music in London, Ibiza, and the US by releasing records on some of the industry’s most iconic labels including Defected, Rinse, and Solotoko.Fodera is best known for hits such as “Take Me Down” and “Always Gonna Be”, which clocked over 11 million streams on Spotify alone.