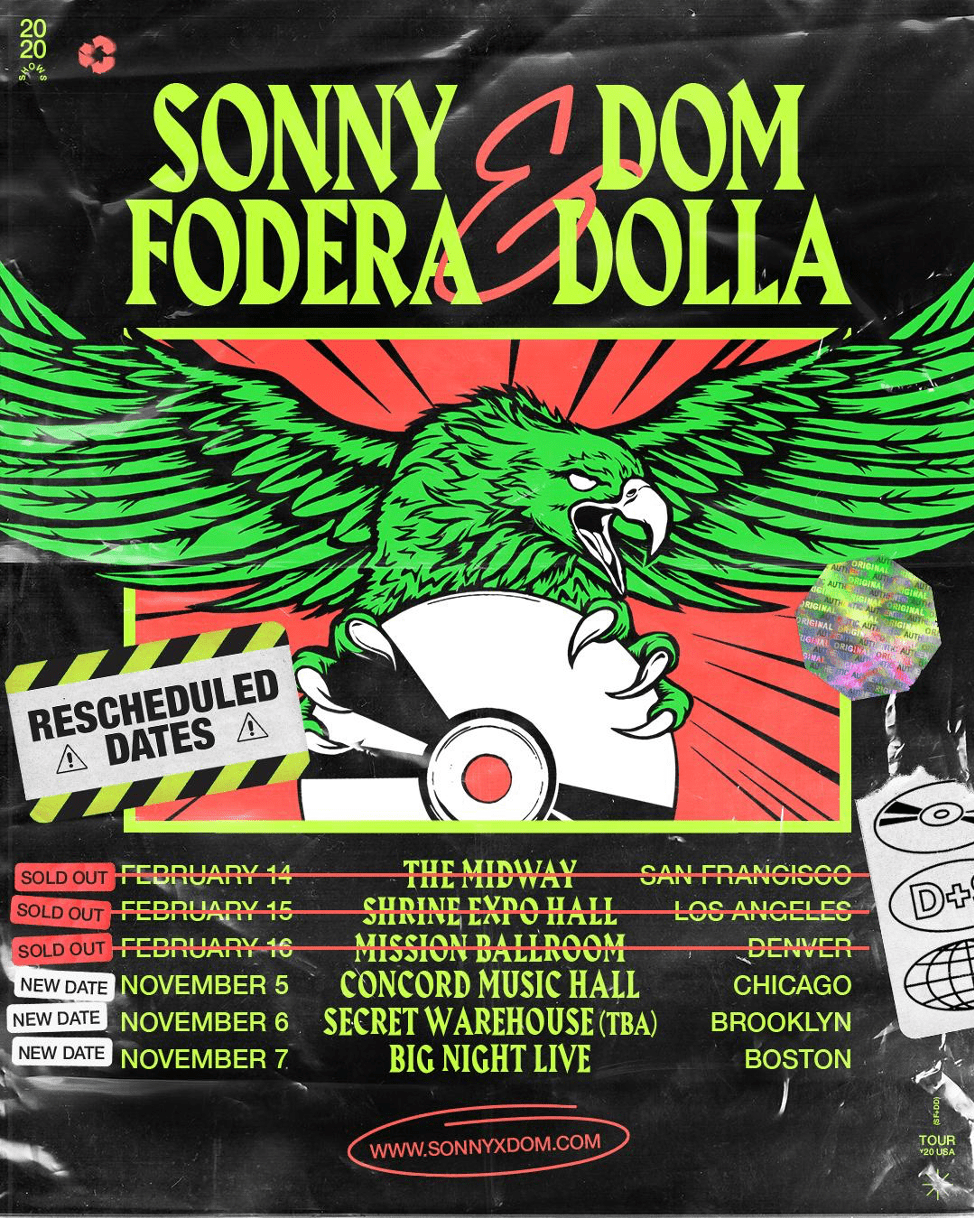 In response to the stay-at-home order due to the COVID-19 pandemic, Sonny Fodera and Dom Dolla have rescheduled the remainder of their co-headlining North American tour. The house maestros will now be taking their highly anticipated shows to Chicago, Brooklyn, and Boston from November 5th to 7th. All previously purchased tickets will be honoured at the rescheduled dates.

Selling out three massive shows at The Midway in San Francisco, Mission Ballroom in Denver, and the historic Shrine Auditorium and Expo Hall in Los Angeles this past February, Sonny and Dom brought the house down at some of the most iconic venues on the West Coast. Now gearing up to tackle the East Coast for three consecutive nights, the Aussie duo will be taking their dancefloor-ready hits to Concord Music Hall in Chicago on November 5th before hitting a Secret Warehouse (TBA) in Brooklyn on November 6th, then rounding out the weekend at Big Night Live in Boston on November 7th.

With over 50+ million streams on Spotify and Apple Music, Sonny Fodera is one of the most in-demand producers in house music. This summer saw the release of his fourth full-length album Rise, a 12-track project featuring soulful vocals and infectious singles including “Into You”, “Give Me A Reason”, and “Scratch My Back”. Last fall, Sonny joined forces with MK on their collaboration “One Night”, an irresistible slice of piano-led house. Most recently, Sonny teamed up with King Henry and AlunaGeorge for their new single “Before U”, which AlunaGeorge performed live with Sonny at the sold-out Shrine Auditorium and Expo Hall show in Los Angeles.

Melbourne producer Dom Dolla has seen a meteoric rise to fame following the release of his global tech-house anthem “Take It”, which earned him the title of ‘Future Star of 2019’ by Pete Tong, ‘One To Watch’ by Billboard Dance, and ‘Breakout Artist of the Year’ by Dancing Astronaut. The 2 x ARIA nominated artist has now bolstered his flair for creating hypnotic hits with the release of “San Frandisco”, which rapidly flew to the #1 most played track on triple j. Dom’s production prowess recently caught the attention of pop sensation Dua Lipa, who enlisted him to remix her disco-inflected single “Don’t Start Now”. Slated to play Coachella in October, Dom is quickly making his mark as one of the fastest rising producers on the scene.

All previously purchased tickets will be honoured at the rescheduled dates. 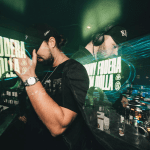 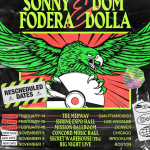