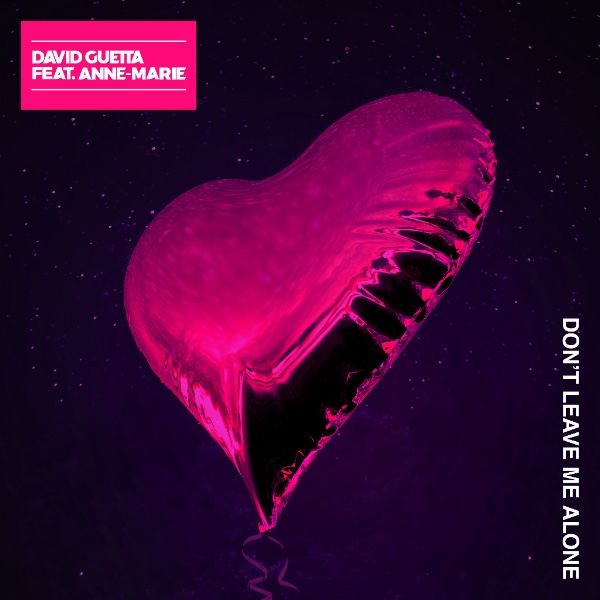 The uplifting track gives enough room for Anne-Marie’s bright vocals to shine through and is perfect to blast on hot summer days. David Guetta: ‘’Anne-Marie is an amazing artist, I’m super proud of this track and so happy we finally get to share it with the world!''

The snippet posted a couple of days ago already had the press excited with Idolator stating ‘’it could be another big hit for both of them, if the snippet is any indication. Don’t be surprised if this becomes a late summer smash.''

With ‘Flames’ and ‘Mad Love’ still in the charts, ‘Don’t Leave Me Alone’ follows a set of successful collaborations for Guetta this year including 'Like I Do’ with Martin Garrix and Brooks and 'Your Love’ with Showtek. While currently playing shows all over the world during the festival season including his Ibiza residencies at Ushuaia and Pacha, Guetta is finishing his 7th studio album which is set to release later this year.

Meanwhile, Anne-Marie, who is currently supporting Ed Sheeran on his global stadium tour, is UK’s biggest selling debut artist of this year! Her debut album ‘Speak Your Mind’, which was released in April, has reached over 1.28M album equivalents, globally!