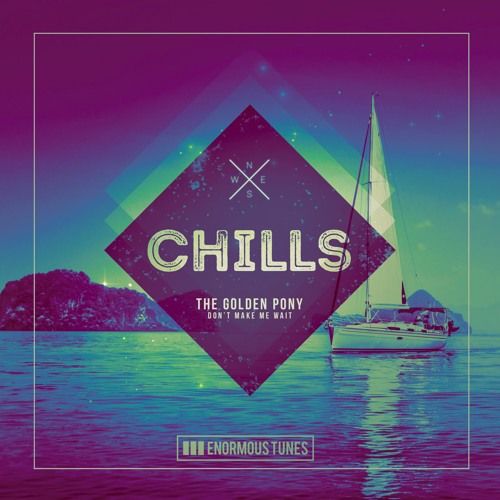 Riding high on a string of undeniably successful releases, The Golden Pony are back with their first original in three months. "Don’t Make Me Wait" has already seen a stunning rework from the Sons of Maria, and is now arriving in its original form via Enormous Tunes.

For the past two years, The Golden Pony have consistently impressed fans across the globe with their heavy track output, and remarkable knack for creating unique remixes and heartfelt originals. The duo have amassed an incredible 5.4 million Soundcloud streams on their remix of The Chainsmokers' track "Let You Go", and have garnered attention for their creative reworks of hits from Outkast, Dr.Dre, and Passion Pit. The New York City natives are local celebrities who've recently attracted a slew of international attention. Playing nearly every weekend at clubs throughout the city, the producers have built a reputation as esteemed club DJs, spinning a plethora of genres, from tropical house to deeper house cuts. "Don't Make Me Wait" is a funky disco leaning tune with dreamlike vocals, and a modern bassline crafted to fill any dance floor. With their release on Enormous Tunes, The Golden Pony will now be joining the likes of Nora En Pure, EDX, and Croatia Squad on the revered Swiss label.

The Golden Pony's debut on Enormous Tunes, "Don't Make Me Wait" is both nostalgic and unabashedly fun, channeling the funk roots of dance, and exuding the classic Golden Pony style. This track will surely receive heavy plays as it serves as a perfect early summer anthem. Keep up with The Golden Pony via their socials below, and be on the lookout for new music over the coming months!