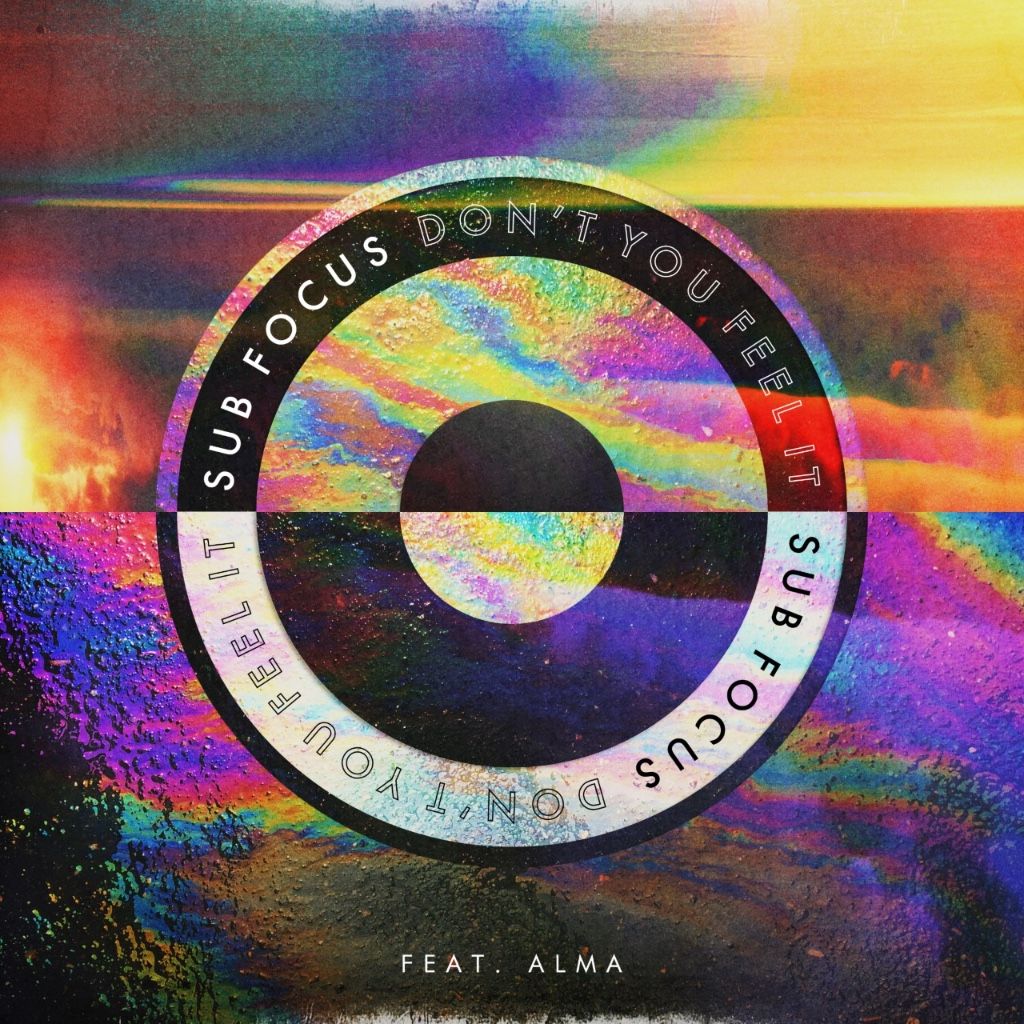 Acclaimed DJ and producer Sub Focus teams up with upcoming vocalist ALMA for a brand new track for the Summer, ‘Don’t You Feel It’, which premiered as MistaJam's Hottest Record on BBC Radio 1.

It’s the start of a new chapter for Sub Focus after the release of three club focused hits including ‘Nobody Knows’, ‘Love Divine’ – a BBC Radio 1 Hottest Record – and ‘Lingua’ featuring Stylo G which holds the accolade of being the first ever record to top the Radio 1 Specialist Chart for two consecutive weeks. More recently, Sub Focus remixed Major Lazer’s hit ‘Run Up’ featuring Nicki Minaj and PARTYNEXTDOOR.

The success of those club trackshave clearly signaled a return to form for Sub Focus. ‘Don’t You Feel It’ showcases serious ambition with diverse production skills and commercial appeal. ALMA’s distinctive vocals soar throughout, adding a pop-infused element.

The collaboration with ALMA should excite fans of both artists; the vocalist won two awards (Best Newcomer and Best Export) at the Finnish Grammys, has performed at the BBC Radio 1 Future festival and AMP alongside Ray BLK, and is currently working on her debut album with the likes of MNEK, Rudimental, Gorgon City and Two Inch Punch.

From handing a DnB demo to Andy C in a club back in2003, to numerous Top 10 UK chart hits with heavy support from the likes of Annie Mac, Mistajam, Zane Lowe and Friction – Sub Focus has maintained a high profile for over 10 years. With his past two albums reflecting his ever evolving sound yet still resonating at radio, festivals, clubs and the charts, he is set to usher in a new chapter of his career with these latest offerings.

The release comes just after an exciting headline slot at the notorious Room 1 of London’s newly-reopened fabric -still one of the best venues in the world for the genre-fusing, high-octane style Sub Focus is renowned for – at the forefront of London’s clubbing scene.

Preparing for a hectic summer, Sub Focus will be heading to Ibiza for a residency at Amnesia as well as embarking on huge European and U.S tours including key dates at SW4, Reading & Leeds Festival – where he will be bringing back his interactive live show – and Electric Zoo Festival among others.

With such widespread support across BBC Radio 1, as well as specialist support from fellowhigh profileDJs like Andy C and Chase & Status ‘Don’t You Feel It’ looks set to cement Sub Focus’ status as a trulymulti talented producer.