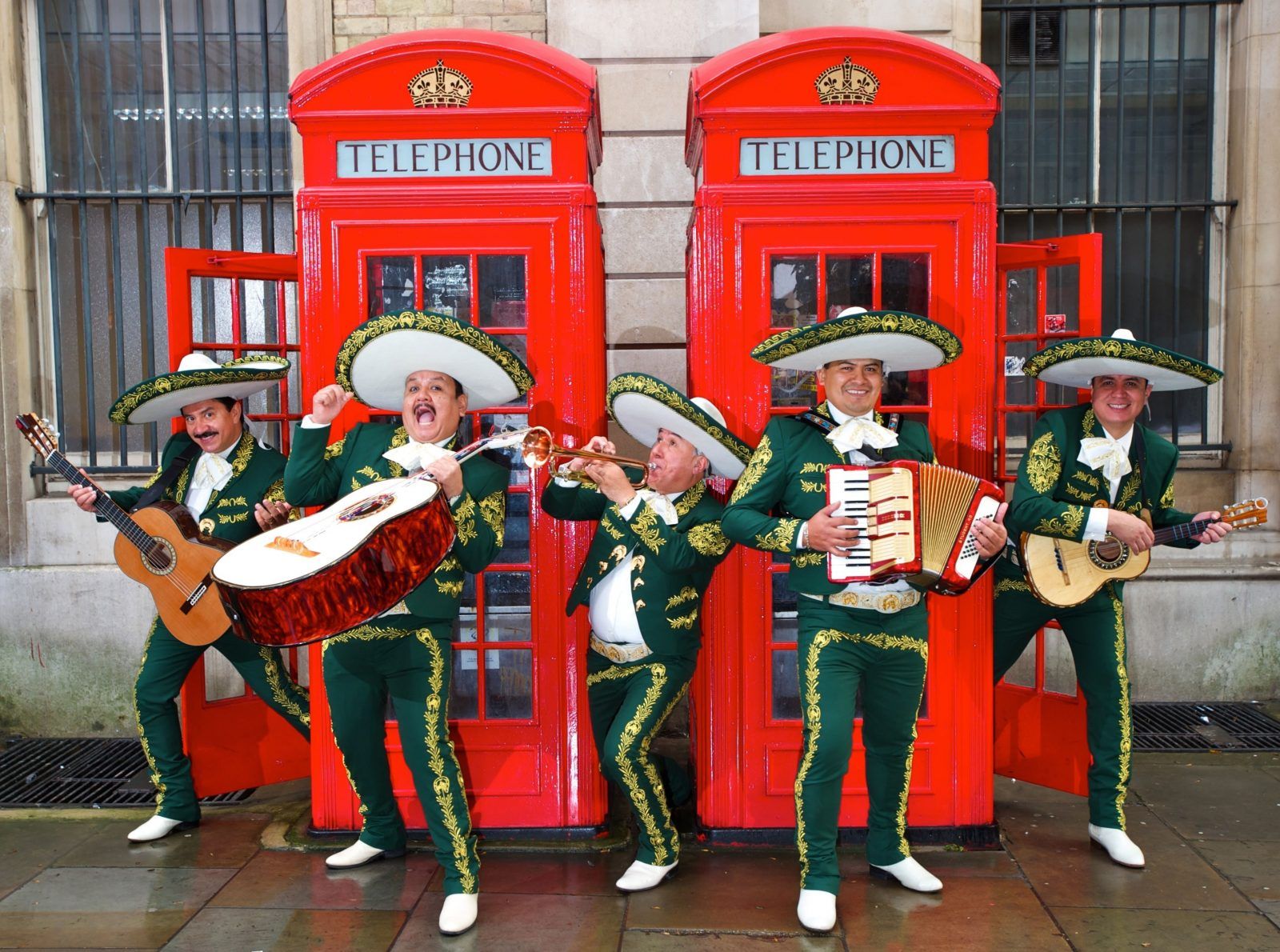 Having recently signed to Michael Buble’s booking agent for their live gigs in 2014, The Mariachis – famous for their Doritos advert appearances – are set to close out 2013 with some festive fundraising on December 23rd.

Following on from a recent high profile Covent Garden appearance by Paul McCartney, The Mariachis will be giving two 20 minute performances on the East Piazza, starting at 10:20am and 11:20am respectively.

Proudly bringing their unique brand of Mexican music to UK audiences, The Mariachis will be performing their own spicy versions of well-known hits such as ‘Don’t You Want Me Baby’, ‘I Love Rock & Roll’ and ‘Love Machine’. They’ll even be bringing a Mexican flavour to East 17’s Christmas No.1 ‘Stay Another Day’.

The event has been organised to raise funds for Nordoff Robbins – http://www.nordoff-robbins.org.uk/ – the music therapy charity dedicated to transforming the lives of vulnerable children and adults across the UK.

Susie Baxter, fundraiser at Nordoff Robbins, is ecstatic about the event:-
“We are so pleased that The Mariachis have picked Nordoff Robbins as their chosen charity for such a special occasion. It’s so fitting that a group who have found their place through music have decided to support what we do here. We are all really looking forward to it!”

Those who want to see events unfold are advised to get to the East Piazza early to avoid disappointment and donate generously to the cause. However, those who can’t make it down to Covent Garden will be able to catch the unique Mariachis charm later that evening during the Christmas Special episode of ‘A Question of Sport’ on BBC1 at 7.30pm.