The End of Junk as we know it… 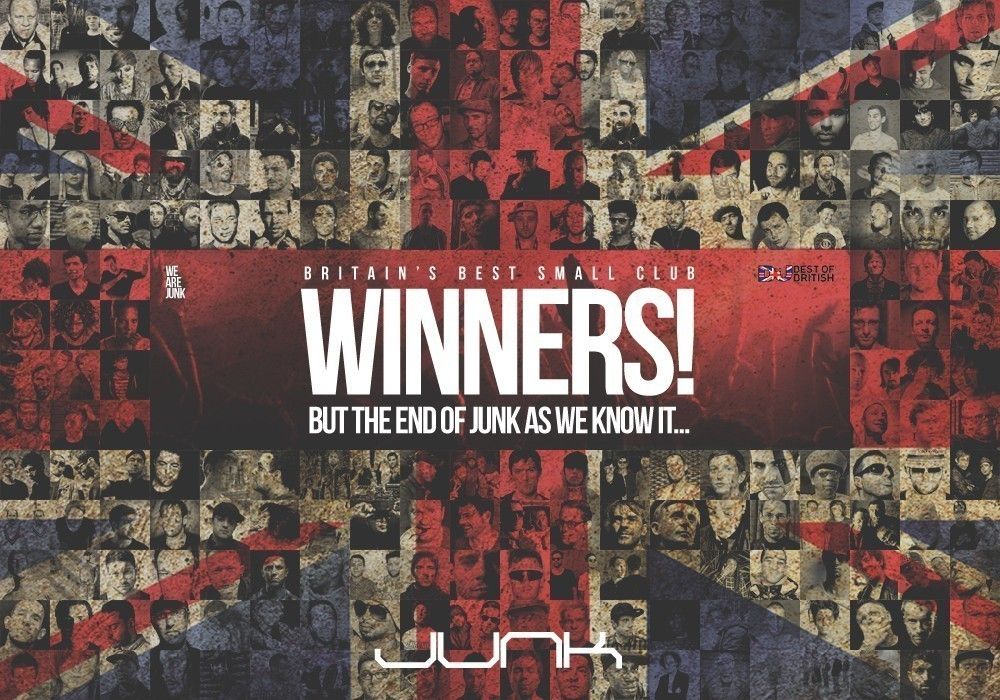 The End of Junk as we know it…

We have spent the last decade pouring our passion into the scene of the South Coast, bringing forth an entirely revitalised outlook to our city’s clubbing capabilities, providing you with an unparalleled offering of talent, (some 700 headline DJs from the world over) and witnessing some absolutely amazing moments that will stay with us for years and years – all this only made possible with the incredible support and encouragement we’ve always received from the huge army of South Coast clubbers. After much deliberation, anguish and tears we have to accept that we have taken this stage of the project as far as it can go and Junk Club as you know it must bid you farewell.

After receiving the DJ Mag Best of British award, this may appear a confusing time to be moving on, but as strange as it may seem, the decision had long been made before the nominations had even been announced. As a result of winning the award, it instead feels to be the most appropriate of times to gracefully bring Junk to its conclusion and announce that the 18th of January 2014 will be the last ever party in Junk as you know it, featuring Jackmaster, Spencer and Will Saul.

Junk’s exit marks the beginning of a new concept, a new dynamic. There is no pretend refurb or makeover – what remains is the same sound and same production that put Junk at the forefront of the South Coast, yet it’s new identity, TRiPP will boast an even more refined accessibility with new residencies and brands.

Having listened to what our loyal customers have to say, we have now comprised a concept that will be more affordable, more musically diverse and inevitably more exciting.

Welcome to the TRiPP.

Born from Junk is Junk Department.

In April 2011, Junk’s external events brand Junk Department held an iconic Warehouse Party in Village Underground in the heart of Shoreditch. Over the past two years, we have already grown to host 5 sell-out London warehouse events, navigate some of the best clubs in both the UK and Europe, host festival stages including ADE at Studio 80 in Amsterdam, Fly Bermuda in Berlin, Zoo Project Festival, 2 years at Eastern Electrics, 2 years at Exit Festival in Serbia, Echo in Croatia, Bugged Out Weekender and 3 record-breaking parties at Sankeys in Ibiza.

Now free to grow without limitations, Junk Department can give full consideration to its future and develop as a world-wide brand. With more opportunities across Europe and beyond, 2014 will be a very exciting year for the project.

On that note, we sign off – but we’ll see you very soon. Make sure you “like” the Junk Department page to keep in the loop. Next announcement will be on 6th January with the first leg of the 2014 diary for TRiPP and Junk Department.

Once again we thank you for your undying support, it’s you that has put us where we are.