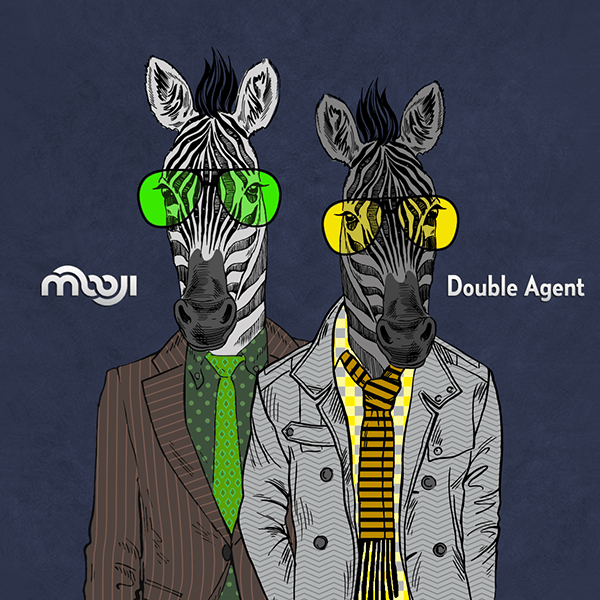 Mooji is the eclectic alter-ego of techno producer, Kramnik and a new production alias that explores elements of blues, dub, funk, downtempo and acid-jazz.  The sound of Mooji is trippy, intoxicating, and musically ambitious, and on 29th June we get the first taste, with a 3 track EP, taken from the eclectic forthcoming debut album, ‘Double Agent’.

Following the success of his debut ‘Dark Matters’ LIVE Album Mix, Kramnik moved to Berlin and immersed himself in the city’s artistic vibe. Taking his music back to basics, with a heady mix of songwriting, improvisation and live instrumentation, Mooji was born.

The 3 track EP that launches Mooji is a perfect introduction to the ambitious and genre-bending mix of styles, found on the ‘Double Agent’ album.

Kicking off with a powerful statement is ‘Don’t’; an electro-indie tinged future classic  whose protest beats hit the spot. Its compelling and intoxicating groove centres around an industrial bassline, heavy drumming, and menacing vocoders generated by Mooji himself.

Rounding off the EP is ‘So Good’ is an artful blend of sexy slide-guitar effects and hypnotic vocals, by none other than blues legend, John Lee Hooker, all mixed with open strum chords into a feelgood trip-hop excursion. Mooji’s studio mastery shines through as he layers multiple effects, adding depth to this chilled and bluesy trip.

The ‘Double Agent’ EP is a welcoming first taste of Mooji, showcasing an artist in evolution; an organic and earthy sound, masterfully bridging the gap between electronic production and live musical virtuosity.

With 3 bonus tracks also to come, courtesy of a global remix competition with €1000 for the winning remixes (www.moojimusic.com/remix-comp), the ‘Double Agent’ EP sets the stage for the hotly anticipated ‘Double Agent’ album due for release in September 2015.