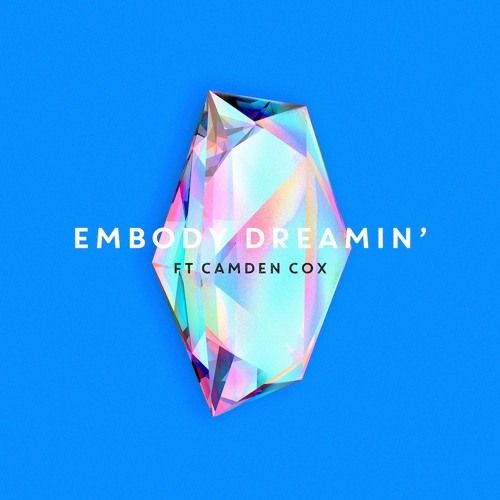 Up-and-coming producer Embody is currently riding a wave of success after remixing John Newman’s iconic ‘Come and Get It’ to a rapturous response a few weeks back. Today, he continues with a return to his own material and a brand new original track, ‘Dreamin’ ft Camden Cox’ – a tropically infused affair set to propel this promising talent further into the limelight.

The quality and production value of ‘Dreamin’ is clear from the outset, as an impossibly catchy guitar riff enthralls the listener. Steady percussion builds the track’s energy with steel drums instilling the mood with tropical summer sensibility. As Camden Cox’s crisp yet glossy and layered pop vocals pierce through the composition, one is immediately drawn to the astute combination of melancholic harmonics and upbeat tropical soul driven by the steady beat of the kick drum.

Having released her debut EP ‘Kinda Like’ last year via Little Boots’ label On Repeat, singer Camden Cox has been garnering increased attention. Lending her enchanting vocals to Friend Within’s ‘Talk’ and Toyboy & Robin’s ‘300 Degrees’ earlier in the year, the young Londoner is certainly making a name for herself as an outstandingly versatile vocalist.

With 15 million plays online for his first track in July 2014, Lithuanian born and London-based producer Embody is a fast rising future star. With a finely tuned and distinctive style, coined ‘Tropical Soul,’ it is no surprise that his surplus number of high profile remixes have gained him a dedicated following, including support from Radio 1 tastemaker Pete Tong. With a string of festival performances this year in Europe, Embody has proven his exceptional ability and reputation as both a unique producer and an innovative DJ.