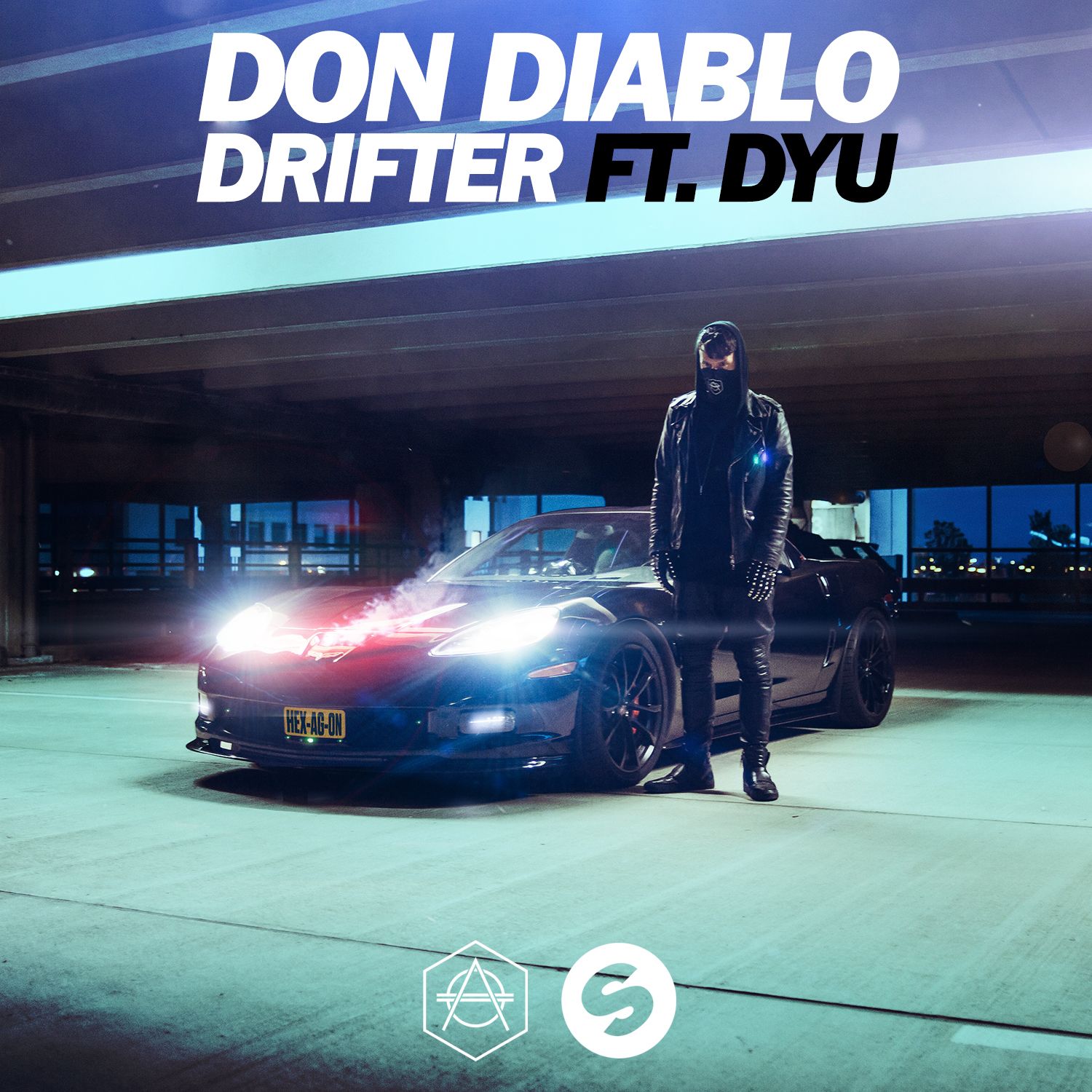 Catching the moment like no other, Don Diablo presents his new single 'Drifter' as one of this summer's destined festival crowdpleasers. Featuring famed vocalist DYU it comes hot on the heels of much acclaimed DJ support, out now through Spinnin' Records.

Going through perhaps his most creative phase ever, Don Diablo keeps on surprising his audience with new, invigorating tunes. Released on various labels, whether it's on his own HEXAGON label or labels like Spinnin' Records, Axtone or Columbia Records, the Don works up a fresh round of excitement with every record.

This includes last year's gems ‘On My Mind’, 'Universe' and the mesmerizing, globally picked up Tiësto collab 'Chemicals', while the HEXAGON imprint (kicked off in 2015 with critical acclaim) delivered several major tunes like the Don Diablo & CID remix of Alex Adair’s ‘Make Me Feel Better’ (which stayed on #1 of Beatport’s main chart for almost two weeks and currently counts over 6 million SoundCloud plays).

'Drifter'
After early 2016 Spinnin' hits 'Tonight' and the subtle deep house groove 'Silence', he now returns on the famed imprint with 'Drifter', a track featuring DYU, aka Dominique Young Unique, known for her worldwide hit 'Earthquake' with DJ Fresh vs Diplo. This time, he's right in the middle of a true party tune by Don Diablo, delivering his high energy house vibes like never before.

Don Diablo: After the release of my single 'Silence', which is all about taking things a lil' slower, I wanted to make a record that makes you want to drive faster. A record that wants to make you put the peddle to the meddle. I really wanted to work with Dominique Young Unique on this one, as I knew her vocals would give even more speed to the song. We wrote the lyrics based around the feeling you get when you're in a fast car, speeding on the highway. Really excited for the video as well which will, obviously, contain some very dope cars!"