This scorching new production comes hot on the heels of ‘You Can’t Front’ on Hood Politics, which, like many of Redux Saints’ releases, made an immediate entry into Beatport’s Best New Tech House Hype chart.

It’s safe to say that Redux Saints made serious moves in 2020, serving up well received fresh underground house sounds on LOW CEILING, Stealth, Incorrect Music, Toolroom Records and his own DTLA Records. All year he received major DJ support from the likes of Anja Schneider, Gorgon City, Claptone, Chris Lake, and many more, with top radio plays from Pete Tong, DJ S.K.T and Liquid Todd, plus bagged a Toolroom Radio ‘Toolroom Academy Track Of The Week’.

As his profile continues to grow amongst the tech house cognoscenti, he is not letting up and continues to serve up sizzling new tunes. To put his recent performances in context, he has had three Beatport New Hype #1s for releases ‘To My Beat’, ‘Stay Home’ and his remix of ‘Give Me A Reason’ by Placebo eFX (his melodic techno alias); a Beatport ‘On Our Radar’ accolade and the cherry on the cake was him breaking the Top 100 Tech House Artist chart.

While some sat back during the pandemic, DTLA showed unrelenting musical invention, spawning the Lockdown Sessions compilation series to showcase the talents A&R’d by its label boss, and eventually closing the year out with an essential 29-track DTLA 2020 compilation of the label’s 12-month highlights.

Ever inspired, Redux Saints continues to be on top form and this new single is further testament to that showing a different side to his production. ‘Higher’ is a big-hearted vocal house cut with warm drums, airy hi hats and bold bass, all adding to the atmosphere. Key to it all is an impassioned female vocal that soars up top to bring overwhelming emotions – guaranteed to be another track resonate with house fans everywhere.

Stream / buy ‘Higher’ by Redux Saints across all platforms: https://hypeddit.com/link/95c58r 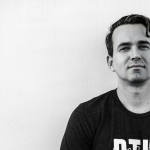