The essential Deep Tech Los Angeles 2020 compilation is a timely look back at the cutting-edge underground house and techno that this pioneering label has put out in 2020. It features no less than five Beatport Tech House Hype tracks, two New Hype #1s, and a #1 Beatport Weekend Top Pick across twenty six killer tracks from artists such as D.Ramirez, CHESSER, Charles D, Mr.Oz, Brotech, Husko, Notorious Lynch, as well as the boss himself, Redux Saints. There are also three exclusive new tunes from next generation talents ACAY, Kristone and Brad Wood – tipped by DTLA for big things in 2021.

While some labels and producers have struggled in 2020, DTLA pushed on to have its biggest year yet. Incredibly, given its fine reputation, Deep Tech Los Angeles Records only launched in April 2019, but just over eighteen months later, has made a global impact.  Its fresh tech and house sounds have received ongoing support from mainstays like Eric Prydz, Mark Knight, Anja Schneider, Roger Sanchez, Claptone, Solardo and many more. Founded by Jason Trevor Miller aka Redux Saints, the label has continued to innovative throughout 2020 with the launch of its Deep Tech Loft Party livestreams, Deep Tech Lockdown Sessions compilations, and a wealth of influential tunes from Redux Saints and a genuinely exciting roster of underground talent.

Next to that high level DJ support, prominent radio plays have come from stations like KISS FM, RTE Pulse and Cool FM. The label has clocked up almost half a million streams in the last twelve months, a mighty thirteen tracks in Beatport’s Top 100 and earned fans in countries as far and wide as the UK and US, Chile, Australia, Germany and the Netherlands – all tuning in for that fresh DTLA sound.

The highlights are plentiful on this twenty-nine track treasure trove of tech and house gold, not least from Redux Saints himself. The likes of ‘That’s Right,’ ‘Stay Home!’ and his remix of his own melodic techno alias Placebo eFx’s ‘Give Me A Reason’ (all Best New Hype #1s), his collab with Brotech, ‘Dis Da Party’ and his Weekend Top Pick #1 ‘To My Beat’ all feature amongst others, and show that his subtly evolving sound takes in everything from dark and driving tech to peak time tribal beats, and deeper, more stripped-back jams. His fine run of form this year earned him an ‘On Our Radar’ accolade from Beatport, signings to LOW CEILING, Stealth, Incorrect Music and Toolroom Records, and 350k global streams.

Italian-born, NYC based artist Charles D secured one of the biggest tunes of the year for the label with his tune ‘Feel’ hitting the Top 10 HYPE Tech House chart. He also contributes ‘B Side’ here. Both tracks are full flavour, modern tech house classics that build on his already impressive discography which takes in other key labels like Eric Prydz’s, Pryda Presents.

London-born, US-based CHESSER continues to make moves after tunes on Toolroom Trax and on DTLA. Here he features alongside the boss Redux Saints on the excellent ‘Right Now’ as well as on ‘Shine’ with Mr. Oz aka Ozdemir Isleyici, a young and ambitious tech house producer from Amsterdam who himself collaborated to great effect with Redux Saints on the techno tinged ‘I Believe.’

San Diego-based, Irish-born label regular Notorious Lynch has an eclectic sound informed by his worldly travels and releases on the likes of Rhythm Culture Records and Beachside Records. Here he features with ‘Groover’, a slinky six-minute house track, and the pulsing, percussive drums of ‘Get Ready, Don’t Stop.’

Further new school sounds come from the likes of the enduring dance legend that is D.Ramirez with ‘Psycho’; the boundary nudging Husko who has signed tracks to Toolroom Records, Glasgow Underground and CUFF and here offers the brilliantly bustling ‘Just Hope’; and also Shayne Fontaine, whose tense, grimy, atmospheric ‘Save Me’ demonstrates why – like Redux Saints himself – he is such a successful graduate of the Toolroom Academy.

Elsewhere, label debutant Brad Wood makes a fine mark with his turbo charged offering ‘Are You High?’. After already clocking up some big numbers for his tunes on Hood Politics, he is set to blow up in 2021, next to fellow young stars ACAY (‘Gimme All You Got’) and Kristone (‘The One I Want’). Both of these innovative artists have impressed already on DTLA as part of the Lockdown Sessions compilations and here serve up two more high impact house tracks brimming with character. These three are certainly exciting talents well worth watching as we head into the new year.

The Deep Tech Los Angeles 2020 compilation proves without a shadow of a doubt that this label has been at the vanguard all year long. With a high quality, high rate of releases both personally and as the head of this label, Redux Saints has truly established himself and DTLA as a vital driving force in the global underground scene. He heads into 2021 riding on the crest of a wave of high-level support and an ever increasing fanbase around the world. Keep an ear out for news dropping in 2021 as DTLA announces its return to the club scene. 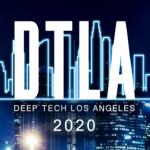