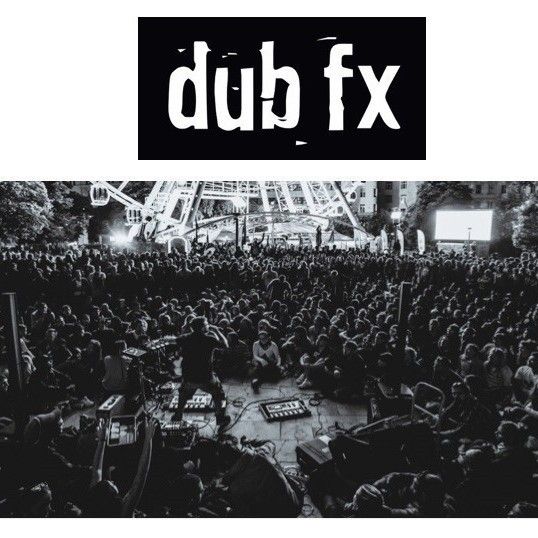 With over 200,000 records sold, over 100 million YouTube views, countless sold out shows and headline sets at the world’s biggest music festivals (Coachella, Exit, Glastonbury, SXSW, Woodstock, Pukkelpop, Falls and Shambhala to name a few), plus the release of his acclaimed second studio album, ‘Theory of Harmony’ earlier in 2014; Dub FX is proving to be an unstoppable force.

After the electrifying global response to his ‘Theory of Harmony’ LP, Dub FX and Audioporn Records (the label responsible for bringing Dirtyphonics and Xilent to the world’s attention) have joined forces to release a follow up with the ‘Theory of Harmony: Remixes’. Scheduled for release on Audioporn in the spring of 2015, the remix album will feature some of the biggest names in bass music, such as Xilent, High Maintenance, Makoto, BCee, Mediks, Random Movement plus Audioporn label boss (and 1/3rd of Ram Records’ legendary Ram Trilogy), Shimon. The remix album’s release will coincide with Dub FX’s stunning new live show, which he will unleash upon UK audiences as part of his first comprehensive national UK tour, proudly presented by bass culture’s biggest tastemakers, UKF.

Having started my career on YouTube I’m also very excited to be partnering with UKF who also started around the same time as me! I feel like it is a natural step to be working with this channel and look forward to all the wicked things we can achieve together!’

Dub FX is internationally renowned for his unique brand of loop artistry; a technique where he creates music entirely with his own voice while singing, rapping and vibing over the beat he has laid down. Famed for paying homage to his roots by performing free street shows; the most recent of which took place in Budapest and attracted upwards of 5,000 people who filled the city park to watch him live in action. Dub FX’s recent performance with Adrian V and Eva Lazarus at London’s O2 Arena for the 2014 Drum & Bass Arena Awards was lauded by Drum & Bass’ most influential and respected heavyweights.

To celebrate the announcement of the forthcoming release of Dub FX ‘Theory of Harmony: Remixes’ on Audioporn Records, UKF Drum & Bass have uploaded a preview of what’s in store with Dub FX – ‘Senorita (Makoto Remix)’.