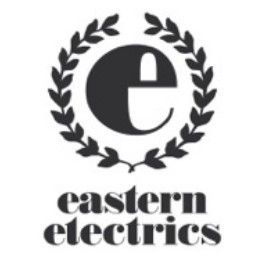 Make a date in the diary as Eastern Electrics Festival, the UK¹s premier underground electronic music event returns for 2014 on Saturday August 2nd.

Lineup and location will be announced in March, but do not miss this all-day party celebrating the very best sounds from the UK underground and beyond.

Now in its sixth year, and having grown from one of the UK¹s premier underground warehouse raves launched in 2007 to a fully fledged music festival first hosted in 2012, Eastern Electrics is a brand that always delivers, and which has broken boundaries in experimental music programming.

Celebrated promoter Rob Star presents the third Eastern Electrics Festival this year: “Eastern Electrics is something that is extremely close to my heart. I have worked tirelessly for the last six years to build the event from a weekend warehouse rave at the arches in Great Suffolk Street to a festival for 15,000 people.

“At times it’s been a roller coaster ride, but we are 100% committed to providing amazing electronic music events in the most beautiful settings. This is the third year of the festival and having relocated to a different site each year, we hope that we have finally found our home. Having promoted underground parties for more than 15 years I’m totally committed to building an underground electronic music festival that the UK can be proud of.”

First release tickets on sale in March, starting at just £29.