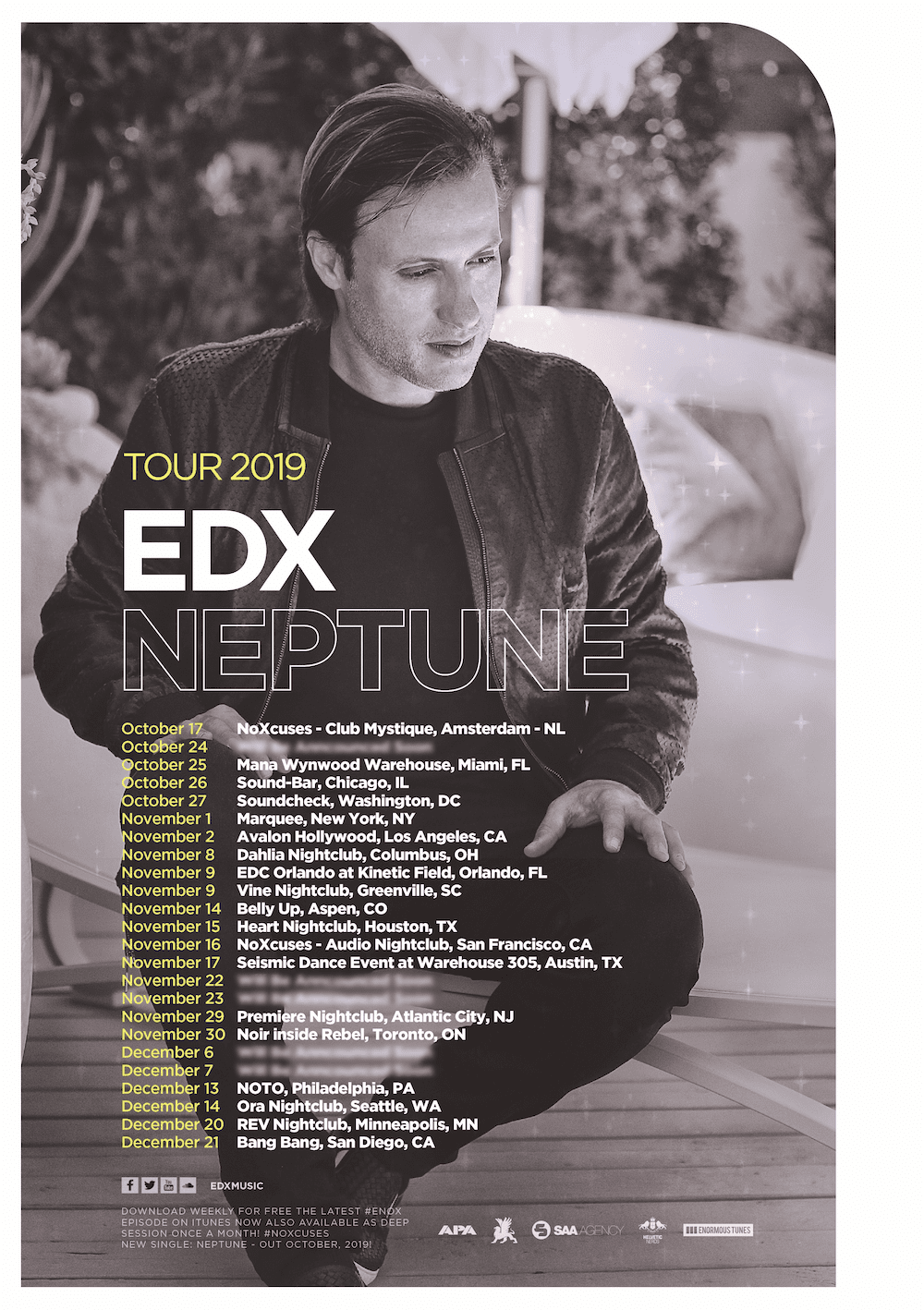 Following a slew of chart-topping productions, a Grammy nomination and countless headline shows at some of the biggest festivals and nightclubs the world over; to say that EDX has been on a prolific run of form this year would be somewhat of an understatement.

With all four of his 2019 singles (Who Cares, Off The Grid, Ubuntu and Stay) having topped the Beatport charts within days of release, and with his recent Dubai Skyline remix of Loud Luxury & Bryce Vine’s I’m Not Alright making serious waves internationally, the prolific Swiss producer now looks to make it an impressive full house as he unveils his next musical offering – Neptune.

Out now via his PinkStar Records imprint, Neptune sees EDX go back to his roots as he delivers an impeccable progressive house record, primed for discerning dance floors and sound systems the world over.

Debuted as the closing track from his performance at Tomorrowland back in July, EDX fans and dance music enthusiasts have been yearning to know the identity of this epic, melodic cut ever since. With blissful synth lines and arpeggiated strings placed over a chugging four-four beat, this latest single from Switzerland’s most successful electronic artist has got ‘instant classic’ written all over it.

Speaking about the release, EDX commented:

“Neptune is a very special record to me. It’s inspired by the progressive house sound I was making around ten years ago, and evokes emotions of a period in my career that I look back on very fondly. I wanted to pay homage to that retrospective sound, whilst also producing a record that is very current in terms of its production values. It’s been getting amazing reactions ever since I first played it at Tomorrowland and I hope you guys love it as much as I do.”

The release of Neptune comes ahead of a huge few months of international touring for EDX, who has just announced his mammoth winter Neptune Tour. Kicking off at Club Mystique during ADE on October 17, EDX will then take in an impressive twenty-three dates across North America in just two months – stopping off at the likes of Marquee New York, Avalon Hollywood and EDC Orlando, throwing a special No Xcuses event at Audio in San Francisco, before closing out the run at Bang Bang in San Diego on December 21. For the full list of tour dates, see below.

Neptune is out now via PinkStar Records.

November 30 – Noir inside Rebel, Toronto, ON 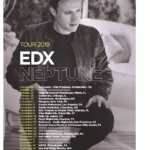