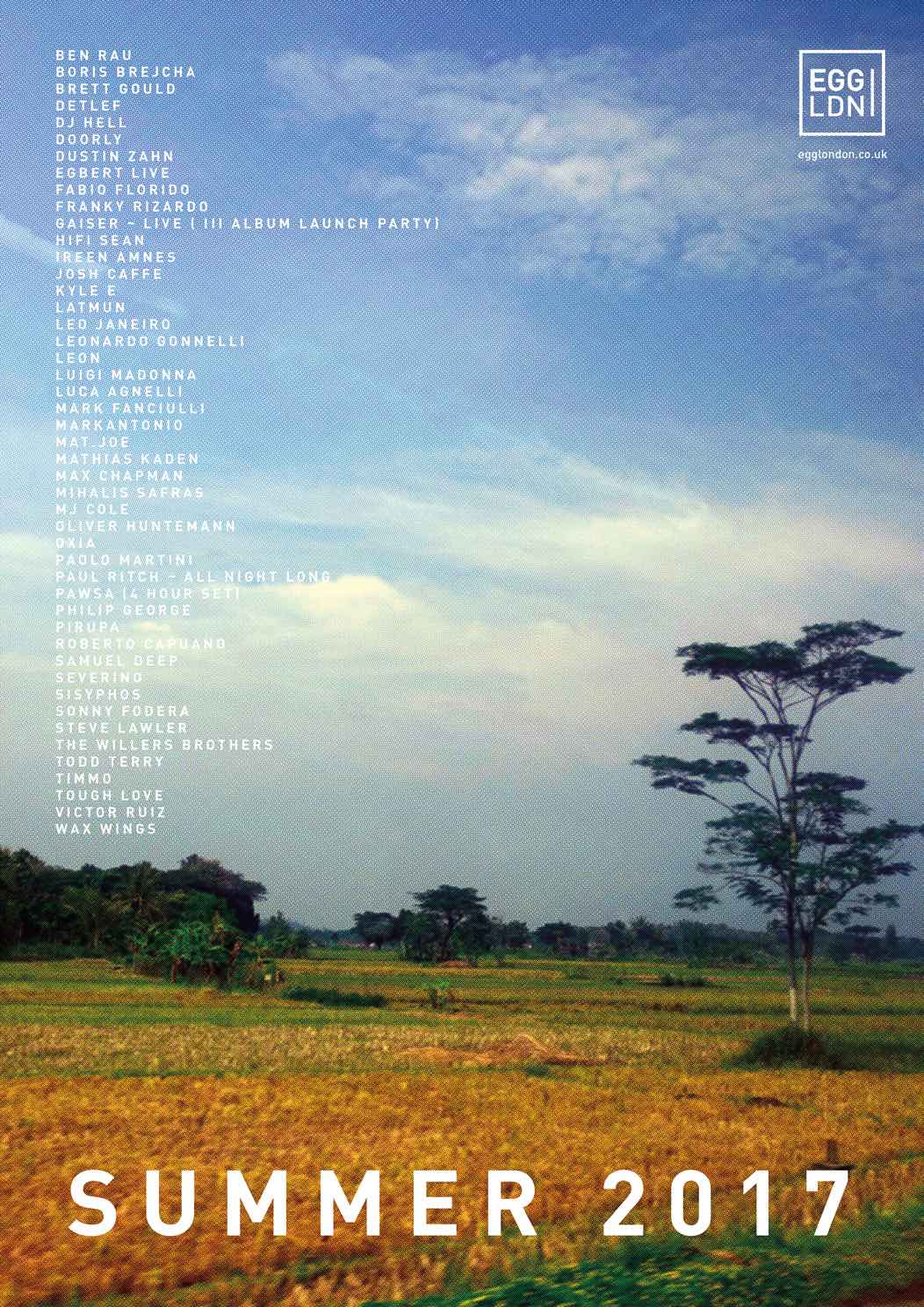 Having just celebrated its marathon Birthday weekend earlier this month with two sold out nights featuring international headliners such as Green Velvet, Erick Morillo, Enrico Sangiuliano and many more, Egg London continues to bring the party with a huge Summer Series lining up festival after parties and leading label parties alongside flagship events such as Berlin Berlin, The Zoo Project x Warung and Familia, distilling its inclusive clubbing experience across the multi-room venue.

Constantly evolving after its most successful year to date – having hosted events with Cocoon (with Sven Väth) and Amnesia – Egg London is currently travesing the globe with its 3D London Tour as well as nurturing its fledgling What Came First label, now onto the sixth release. Dancing through the night time until way past sunrise, Egg London unveils a diverse and scene-shaping cast of UK and international headliners who’ll be lighting up the capital over the next four months.

With its ground floor Main Room, Mezzanine seated area above and around the DJ booth, and one of the best sound systems from Flipside in every room, Egg London’s multi-level club space provides a leading platform for some of the world’s most forward-thinking labels, DJs, festivals and clubs.

July welcomes the return of Boris Brejcha on the 1st of July before flamboyant Familia enjoy an exclusive four hour set by Mathias Kaden with the added bonus of Egbert live and Fabio Florido and Barcelona’s wild Razzmatazz party, on the 8th. Our wild Berlin Berlin event celebrates its Birthday on the 15th with Rumpelkammer's Peter Schumann and Bo Irion joined by the Sisyphos crew of Jonty Skrufff and Fidelity Kastrow alongside legendary electronic music pioneer Daniel Miller (Mute Records), and Yetti Meissner and Steyoyoke Records make their debut with Nick Devon, Dahu and Mpathy.

Fridays in July see Egg Presents… deliver on fire DJ/producers Detlef, Latmun and Mihalis Safras on the 7th with Doorly & Friends returning on the 14th after an incredible debut from Basement Jaxx on the decks.

Reputed to be the hottest month, August highlights include the Eastern Electrics Official After Party on the 5th with Art Department, Steve Lawler, Manu Gonzalez and more to be announced, Familia welcomes a Senso Records showcase with Oliver Huntemann, Victor Ruiz and Timmo on the 12th and you can catch Paul Ritch All Night Long on the 19th. Friday 11th also sees Egg Presents… fire up the Italo/Ibiza taste buds with Leon b2b Pirupa supported by Paolo Martini.

Headliners will be joined on key dates by Egg’s resident DJs – Kyle E, Ireen Amnes and The Willers Brothers – to ensure a genuine flavour of the music that can be heard at the club week in, week out.

The Summer Series 2017 at Egg London welcomes this incredible line-up so far:

There’s never been a better time to visit Egg London and please get in touch if you would like to attend one of our events and all info at www.egglondon.co.uk