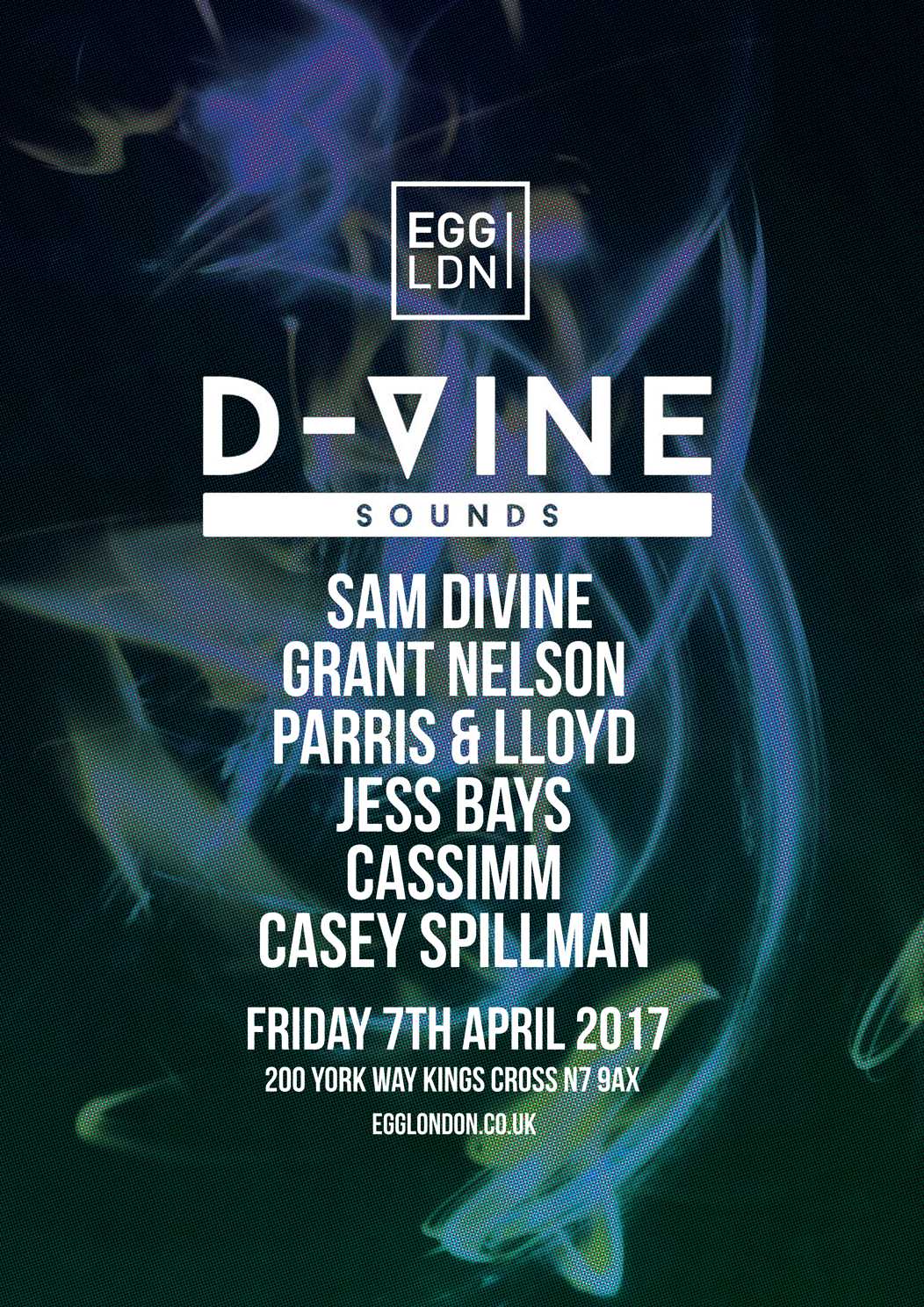 With her D-Vine sounds labels having just celebrated its second birthday, the globe-trotting Sam Divine takes a break from her Defected duties to head up another session of house at Egg LDN.

The promoters behind Paravana and Swankys, Parris & Lloyd have already played at the likes of We Are Fstvl and Ocean Beach Ibiza since setting out as a DJ duo. They're joined by Jess Bays, D-Vine sounds A&R and resident DJ at the weekly Sneak at XOYO. CASSIMM, who recently remixed Flakes' 'Rule The World' into an epic slow-burner for the label, plays alongside Casey Spillman, one-third of Allatura whose debut 'No Concern' EP was recently released on Disco Kicks.