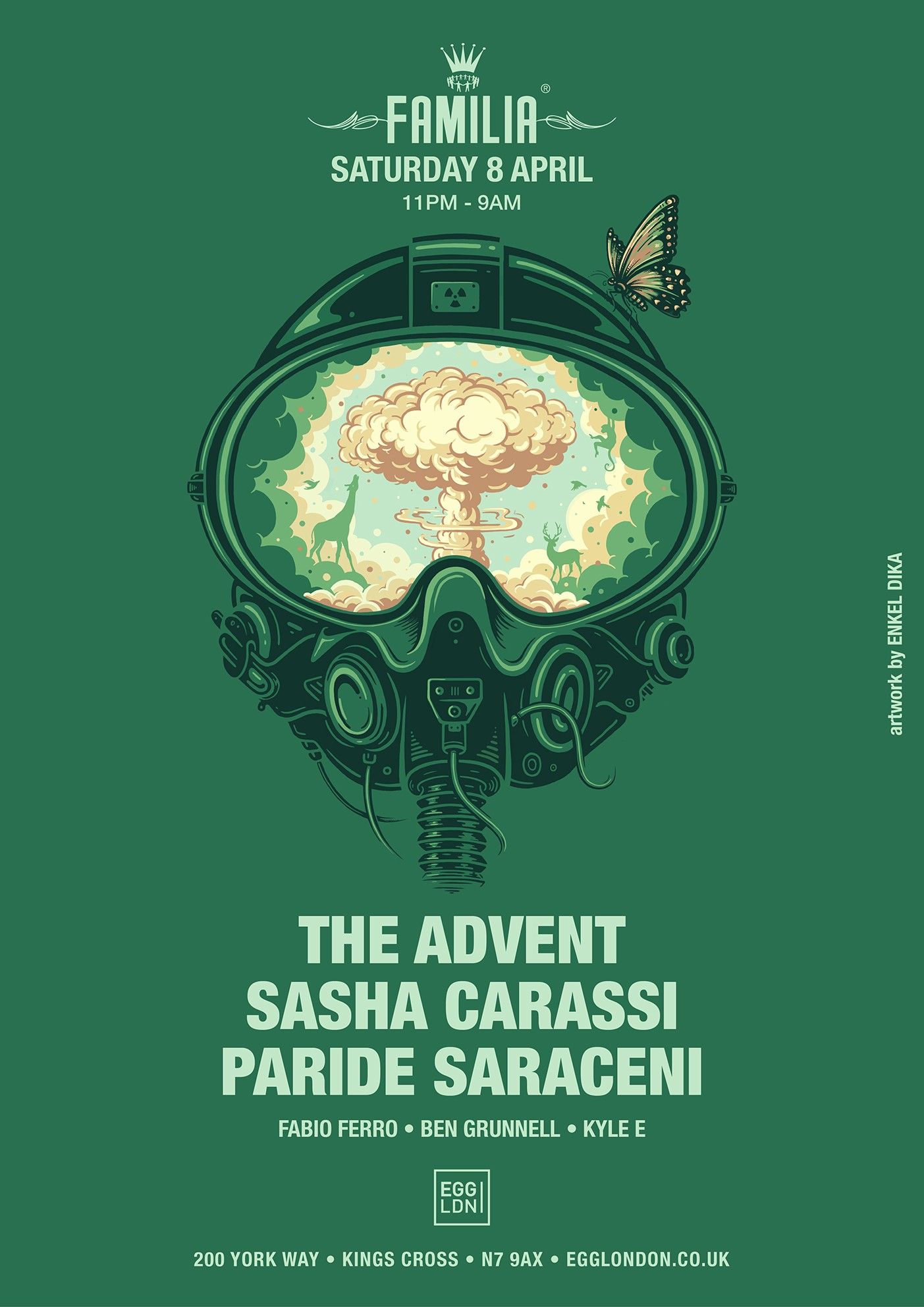 First gracing our decks just over one year ago Cisco Ferreira aka The Advent returns to play Familia at Egg London. The Advent was founded in 1993
by Cisco and Colin McBean aka Mr G, and throughout the 90's produced three albums whilst touring the globe extensively. Colin left the duo in 1999 but Cisco has continued flying The Advent flag ever since, appearing at some of the biggest techno events around the globe most, recently including Awakenings, Dockyard Festival and Hyperspace. The Advent, without a doubt is a Pioneer in the truest sense of the word and with immeasurable excitement, we welcome him back.

From Sasha Carassi's first release on Drumcode in 2010, Hypercombo, this Technapoli champion has been on the rise ever since. Continuously busy with his labels, most notably Phobiq, things haven't detracted Sasha from focusing on his own career, and now managed by Sam Paganini's Blakksheep crew, things look set to soar higher still. Sasha makes his second appearance at Familia although has played the venue countless times, at which he is a firm favourite.

Paride Saraceni is a fast rising star in the Techno world, consistently delivering unique chart-hitting releases through on labels such as Truesoul, Sci+Tec, Tronic Music, Snatch! Terminal M, Fabric and Toolroom records and collaborating with industry leaders such as Adam Beyer, Dubfire, Christian Smith, Roger Sanchez, Pig & Dan, Nicole Moudaber, Maya Jane Coles, to name a few. Last year Paride was invited to perform at Drumcode at Loveland in Barcelona, a sure sign of where things are headed for this fresh, rising talent.

With the residents setting the pace, Familia is set to ward off the April showers with the promise of finest and most explosive music in town.