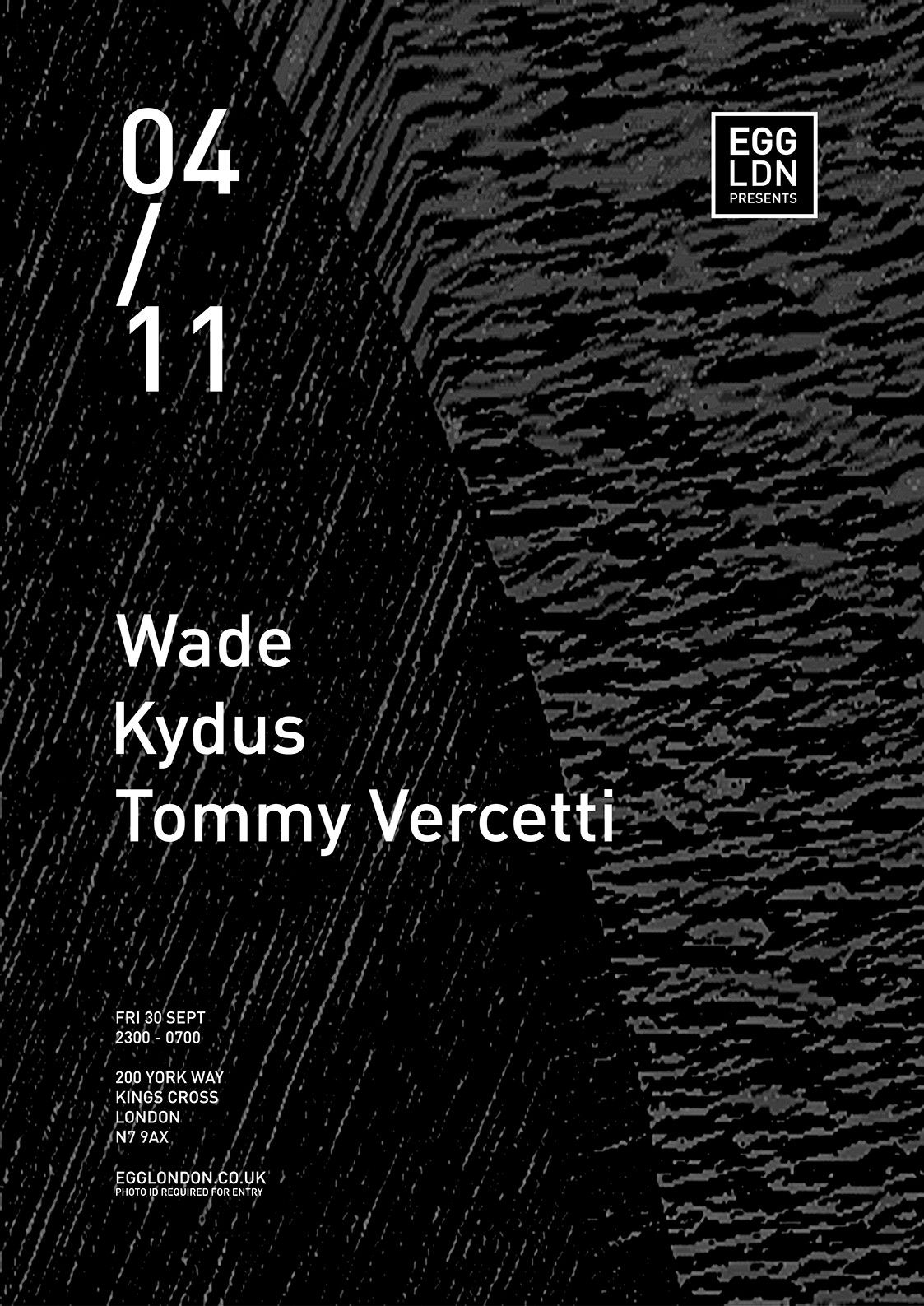 paniard Wade is one of electronic music’s most exciting talents at work right now with a slew of releases of leading labels such as Suara, Relief, Viva Music and Avotre amongst
others. Currently flying high with his ’Specimen’ release on ELRow, ‘Disco Breaking EP’ on Suara and his Remix of Dennis Cruz ‘See Line’, Wade has clocked up 55 Top 100 placing on Beatport, 3 in the Top 10 and and 1 Top 10 Tech House smash. One of the summer’s most exciting DJs…this is an unmissable date.

Know for his infectious and driving sounds Liverpool native Kydus performs at Egg London following on from his sell-out debut in January alongside Popof and David Glass. A key part of the Circus label, his 2013 track ‘We Get This Started’ has seen this producer rise to the summit of modern House & Techno, turning heads from all corners of the globe with his monster release ‘Free Spirit EP’ accumulating plays from the world’s elite contingency of DJs. From the brooding techno & synths of ‘Allure’ to the most recent ‘Boomtang EP’, ‘Azucenas’ on the ’Space Ibiza 2016’ album and ’So I Tell You”, Kydus is ready to raise the roof once again for the party-spirited Egg London crowd.

One of Eton Messy’s ‘Top 5 To Watch’, 21 year old Tom Cox aka Tommy Vercetti is already carving out a unique name for himself with tracks like ‘Overcharge’ & his remix of Jay Vegas ‘Say To You through to regular gigs in Amsterdam, the UK and beyond playing alongside leading lights such as Tale Of Us, Dennis Ferrer, Josh Butler, Darius Syrossian and Sonny Fodera. With an inbox full of remix requests, a string of successful releases, support from Radio 1 & Kiss FM, we await Vercetti’s debut at Egg London with excitement.