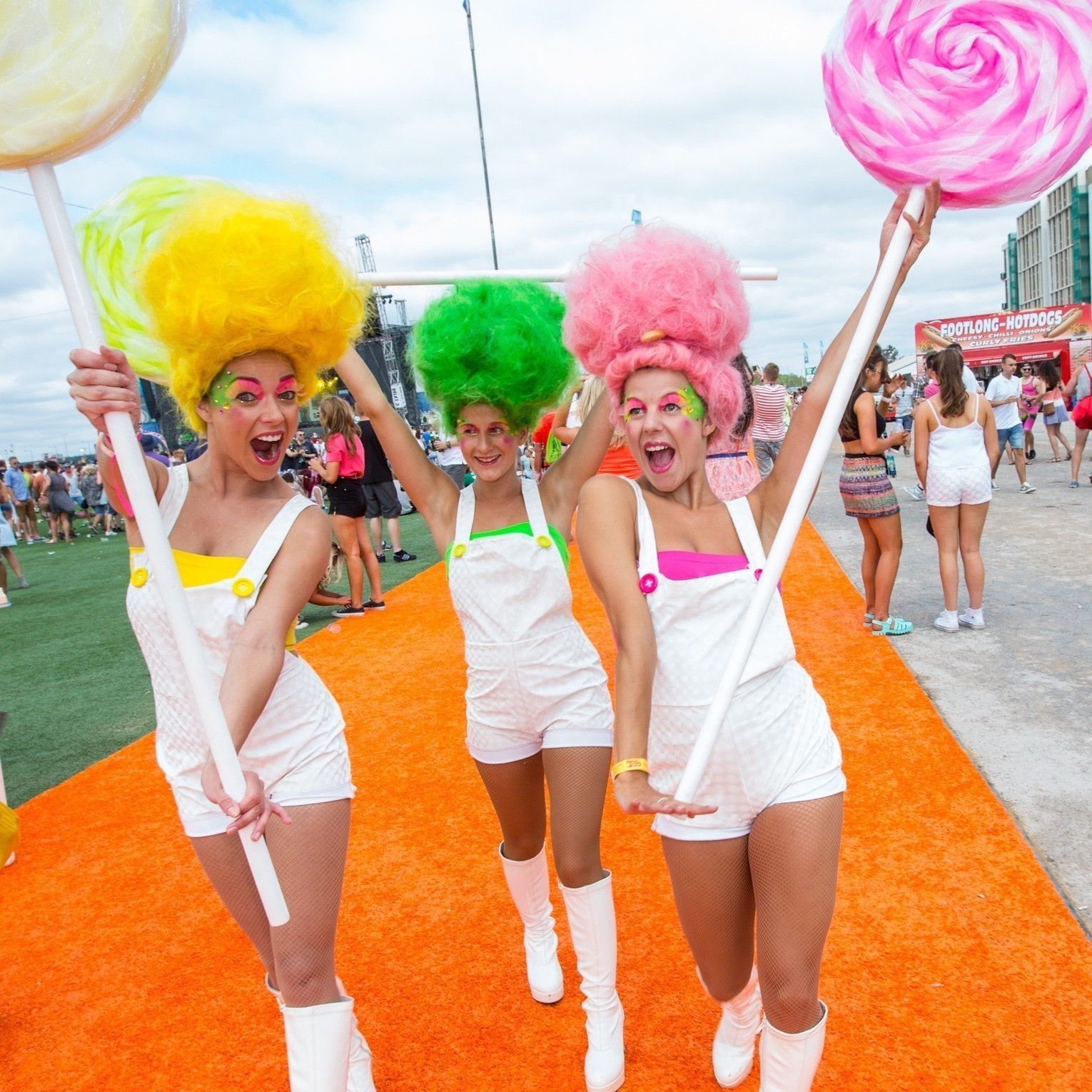 World-famous dance music festival Electric Daisy Carnival (EDC) returns to the UK for an epic two-day party which will see it transform the Milton Keynes Bowl on Saturday July 12 and Sunday July 13 beyond all recognition in the only way Electric Daisy Carnival knows how, promising to be even bolder and more explosive than 2013’s sold-out inaugural event, and making the ground-breaking festival the most breathtaking show of 2014.

Having already announced a star-studded line-up, Electric Daisy Carnival UK is adding even more names to join the weekend’s festivities. First up is very special guest Hardwell, back by popular demand, returning to the Kinetic Field stage after an incredible reception at EDC’s UK event last summer. Voted the world’s Number 1 DJ in DJ Magazine’s Top 100 DJs in late 2013, this inimitable Dutch electro house odyssey will have the crowd jumping to his tune, as one of the most dominant forces in electronic dance music.

He topped the charts with infectious banger ‘My Love’ in March, and now hot young DJ/producer Route 94 takes on Cosmic Meadow with his stripped-back deep house and laid-back party style. A leading proponent of the new house sound, Route 94 maintains a distinctly UK edge, his tunes laced with complex grooving basslines. US house master and innovator Kerri Chandler brings a DJ style that seamlessly blends deep through soulful and new house, disco with new wave and floor-friendly techno, UK bass and vocal garage, plus a very special performance from Deorro who joins Laidback Luke in the Circuit Grounds on July 13.

EDC UK also welcomes some of the trance scene’s major players to CircuitGrounds, with Grammy Award-nominated progressive pacemaker Andy Moor and boundary-pushing evolutionist Lange going back to back, young talent and BBC Radio 1 In New DJs We Trust name Jordan Suckley up against uplifting Irish DJ and producer BryanKearney, and Above & Beyond’s golden boy and progressive house tweaker Jaytech squaring up against Anjunadeep burgeoning talent Ilan Bluestone for a unique back to back set.

Electric Daisy Carnival UK will transform outdoor entertainment venue MiltonKeynes Bowl into a brand new world. Milton Keynes Bowl has hosted concerts by some of the most famous musical acts of all time, including Queen, David Bowie, U2 and REM, Bon Jovi and Metallica, It provides the perfect setting for Electric Daisy Carnival UK and everything that comes along with it, including a line-up that boasts the brightest dance music stars, with stages including Kinetic Field, Circuit Grounds and Cosmic Meadow.

The new wave of heavyweight artists join an already stellar line-up for what is set to be one of the most spectacular festival weekends of the summer. On July 12, the most successful global star of 2013 Avicii takes to the decks of Kinetic Field, while house music hero Steve Angello and US electro house star Steve Aoki, plus Nicky Romero, chart-storming Martin Garrix and bombastic brothers Showtek appear. The focal point of the festival, the Kinetic Field stage will be bigger than ever, with out-of-this-world production. Circuit Grounds presents a list of trance high-rollers, with undisputed master Paul van Dyk, the unique Ferry Corsten, progressive head Ørjan Nilsen, captivating Brit Simon Patterson, the multi-talented Ben Gold, and a very special guest appearance from Paul Oakenfold. And Cosmic Meadow represents techno’s leading artists, with Italian techno ambassador Marco Carola, electronic pioneer Dubfire, house hot property Hot Since 82, innovator Davide Squillace and the always-electric Timo Maas.

While the Electric Daisy Carnival UK’s line-up reads like a who’s who of electronic music, the festival will also feature its signature spectacular creative elements, becoming a vibrant hub of creative energy and activity, taking fans from day into night. Expect an unrivalled visual experience, as Electric Daisy Carnival UK presents the biggest LED show, never seen before in the UK for one weekend only, and takes pyrotechnics to a whole new level. Expect fireworks, foods from around the world, dancers, performance artists, costumes, sound, light and creative energy. There will be carnival rides and dramatic décor and fans are encouraged to dress up and make this their most special day. The iconic Milton Keynes Bowl will feature theatrical elements, performers and dance troupes, and fully immersive arts installations for Headliners to enjoy. Immerse yourself in the multi-sensory wonders that make Electric Daisy Carnival events so completely unforgettable. Electric Daisy Carnival UK will be a multi-faceted, vibrant, pulsing hub of energy and activity.

Electric Daisy Carnival UK is brought to the UK by a power partnership between Insomniac and Cream. Electric Daisy Carnival parent company Insomniac has long been established as one of the world’s finest party producers. Insomniac has built an international reputation for hosting some of the biggest shows on the planet, producing more than 250 music events for more than 3,000,000 concert goers across America including a ground-breaking 345,000 revellers to Electric Daisy Carnival Las Vegas last year, as well as producing dozens of other music festivals and club shows annually. One of the UK’s longest-running, most respected frontline promoters of electronic music, Cream has built an unprecedented reputation for hosting some of the best events the UK has to offer, including Creamfields festival, which has amassed a global following and is considered a badge of honour for all who play there.

An experience to remember forever, Electric Daisy Carnival UK is the very best of days.

Coaches
Ticket and travel packages available from across the UK
www.biggreencoach.co.uk