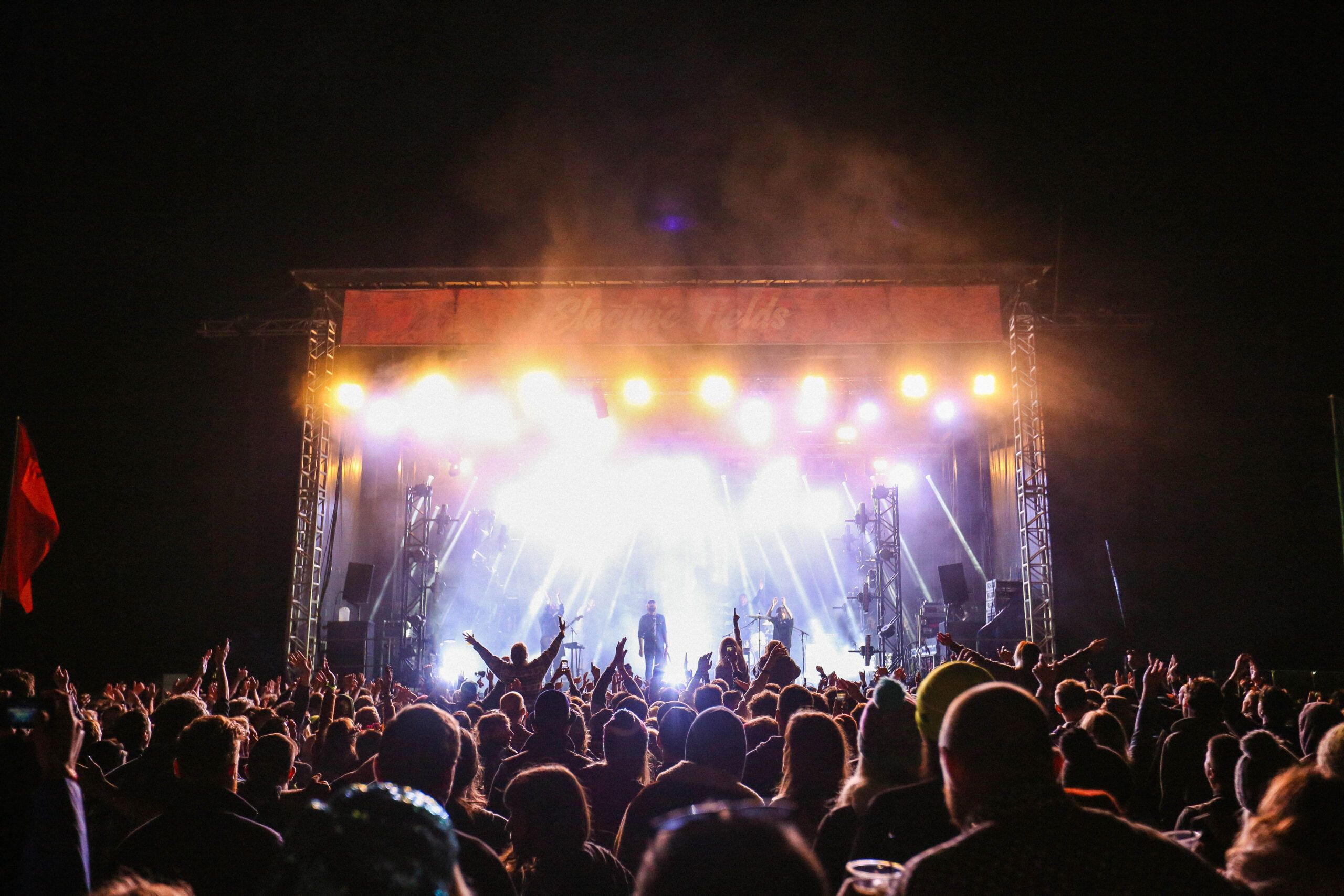 This year boasted its most diverse line-up to date with over 100 artists performing across the weekend, topped off with a stunning debut Scottish headline performance from Frightened Rabbit and a bonkers Saturday headline set from Mercury Prize winner and platinum selling artist Dizzee Rascal.

New for this year saw two stages put together by two of Scotland’s foremost authorities on new and exciting music. The Tenement TV Discover Stage and a new stage curated by BBC Radio Scotland’s Vic Galloway were packed all weekend showcasing some of the best new music and exciting artists around. Music fans were treated to a vast array of incredible performances includingKate Tempest, Sam Gellaitry, Skjor, Car Seat Headrest, Anna Meredith and Arab Strap.

For those of a more electronic inclination, the Sneaky Pete’s stage led the way with Glasgow stalwart Jackmaster headlining on the Friday. Artwork, Denis Sulta, Lord of the Isles and Space Dimension Controller joined the party that kept people dancing all weekend. The stage was closed off with a local touch with Dumfries’ very own Lee Clark at the helm of the final set of the whole festival.

The Our Kids Electric area also returned which saw the young ones enjoy a whole host of entertainment and workshops all weekend, including a kids disco!

As well as offering festival goers a weekend of top class music, EF brought Scotland’s best street food market The Pitt to keep music lovers fuelled with their awesome culinary experience. People were also treated to a variety of new bars on offer, with a dedicated Ale Festival (including their own brewed ‘Electric Ale’), two new cocktail bars – a pop up from world renowned Edinburgh favourite Hoot the Redeemer AND a dedicated Patron Airstream Bar! For the wine and Prosecco fans, there was also a new wine bar, brought to the festival by Smith & Gertrude with a wide selection from around Europe.

Nick Roberts, Festival Director, said: "This year’s Electric Fields was quite simply the best yet and was our first ever sold out festival! A lot of people have worked incredibly hard to make it happen and it’s so great to see it pay off, to see so many music fans smiling, singing and dancing was truly brilliant. Next year is our 5th birthday and we’re going to throw the best party you could imagine, it’s going to be spectacular."

You can pre-register now to make sure you get first access to tickets to EF 2018, which is their fifth birthday! Sign up here: http://bit.ly/2iVnKYJ

Councillor Adam Wilson, the Council’s Events Champion said:  ‘Electric Fields is now firmly entrenched as Scotland’s feel good Festival. I’m delighted so many people had a wonderful weekend of great live music, set against the stunning backdrop of Drumlanrig Castle. Electric Fields has a winning formula and great prospects for the future, which is great for music lovers and the tourism economy of the region.”

Stuart Turner, Head of EventScotland, said: “The grounds of Drumlanrig Castle provided the perfect stage for a fantastic weekend of some of the latest and most exciting music from all over the world. With headline acts including Frightened Rabbit and Dizzee Rascal helping attract sell-out crowds across the two days, Electric Fields is quickly establishing itself as one of the leading boutique festivals in both Dumfries and Galloway and Scotland as whole. I look forward to seeing what they do next year.”

This year’s festival was supported by EventScotland, part of VisitScotland’s Events Direc- torate and supported by Dumfries & Galloway Council.