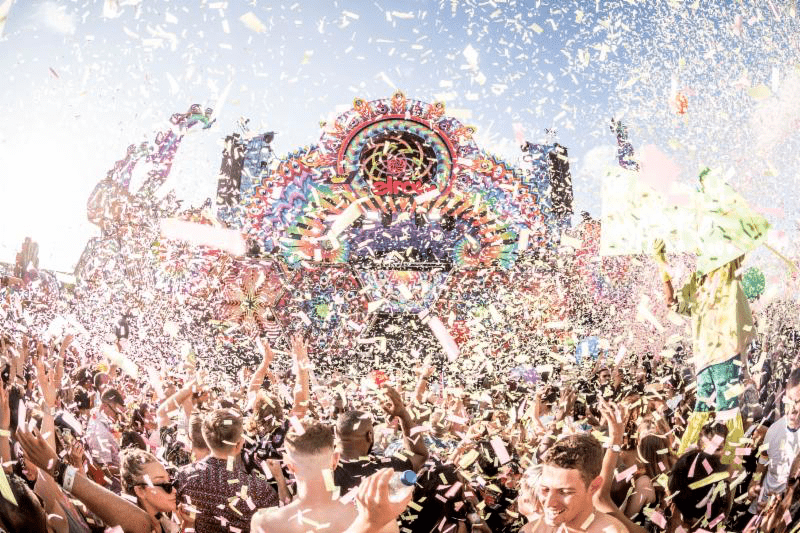 by ihouseuadmin
0 comments
As if Camelphat being announced as the first act to play the festival wasn’t enough, elrow Town Edinburghunveils further names for Scottish debut on Saturday 27th July 2019.
Standing out as one of festival season’s most vital dates in the north of the UK, elrow Town Edinburgh has made the party even bigger and unmissable by revealing its full lineup. From elrow royalty to remarkable residents, Rowgelia has enlisted an array of dance music’s finest figures especially for Scotland’s newest town.
There are few bigger names in house and techno than Paco Osuna and Joris Voorn and they’ll be touching down in Edinburgh to deliver breathtaking sets of the highest calibre, while Horse Meat Disco play a very special 3 hour set heavy on shimmering disco balls and euphoric dancefloor cuts. With the legendaryBasement Jaxx taking the reins for a fun-fuelled DJ Set and Detlef showing why he commands a residency at the prestigious DC-10, elrow’s lineups continue to include an array of revered resident DJs, including De La Swing and Eddy M. Keep your eyes peeled for a very special guest as well, to be announced nearer the festival date.
There’s just as much action amongst the smaller stages across the festival site. Having delighted festival-goers in London last year, the Absolut Pink Cathedral will be on hand to add even more colour to proceedings, bustling with excitable characters and crazy dancers, with Wunderground helming the Wunderground Rescue Stage. An ambulance converted into a DJ booth, this intriguing set up will boast local residents and up and coming DJs.
With over 20 DJs, tonnes of confetti, countless inflatables, giant puppets, hundreds of performers, a myriad of games and activities and fancy dress aplenty, the first ever elrow Town is an unmissable addition to any Scottish festival-goers calendar!
Tickets are selling fast! Head to elrow’s website to pick up yours today: www.elrow.com/en/events/591/edinburgh-07272019
+++

+++
ABOUT ELROW:
elrow is an award-winning experiential event concept and party series founded in 2010 by Cruz and Juan Arnau Lasierra; the sixth generation from a dynasty of entrepreneurs also responsible for creating Monegros Festival and legendary Club Florida 135 in Fraga, Spain. From their head-quarters in Barcelona, elrow have taken the world by storm with their unforgettable party style, pairing elaborate production, interactive performers and zany characters with the best electronic music, placing them as a global reference for circus inspired parties with tickets to the visual spectaculars usually selling out in minutes. A myriad of different themes and concepts makeup elrow’s zeitgeist with sub-brands including ‘Rowlympics’; their own take on the Olympic games, their Brazilian jungle carnival theme, ‘Sambodromo de Brasil’ and flag-ship theme ‘Singermorning’.
With lauded residencies in Ibiza, Madrid, London and Amsterdam already in place, 2017 has seen a game-changing partnership with live entertainment platform, Providence-Superstruct, allowing elrow to push to new heights with a Shangai debut and a festival-scale event at the Queen Elizabeth Olympic Park in August.
+++
LINKS & FURTHER INFO
www.elrow.com
SOCIALS:
www.facebook.com/elrowofficial
https://twitter.com/elrow_
www.youtube.com/user/ElRowChannel
www.instagram.com/elrowofficial