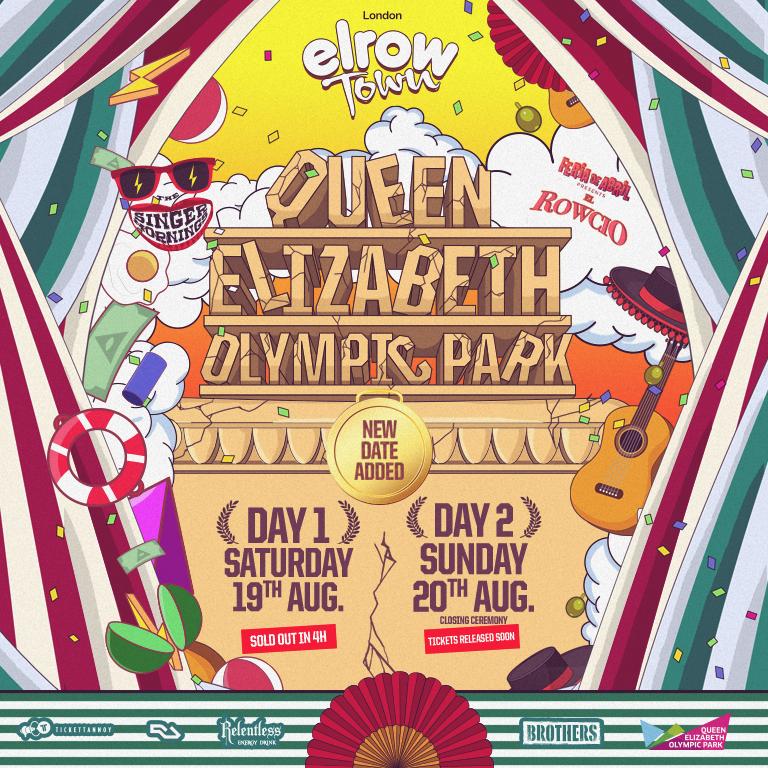 Following an unprecedented response to the launch, elrow Town London will now extend across two days at the Queen Elizabeth Olympic Park, with a 'Closing Ceremony' announced to take place on Sunday 20th August 2017.

With painstaking efforts invested to ensure that elrow Town London provides a truly breath-taking, immersive experience for London's elrowers, organisers have been working tirelessly to secure a second day in the park. This expansion will allow elrow to push the bar to dizzying heights and provide a second chance for their UK family to join them at the experiential spectacular taking place in August.

Whilst the lineup remains a closely guarded secret, tantalising details of olympic themed games and interactive activities have been released, as well as a fancy-dress parade for party-goers with prizes awarded to the best fancy-dress wearers.

elrow Town London's Closing Ceremony will be the last chance to catch elrow in London this year, with elrow Townsfolk waiting to welcome their family to the pop-up metropolis with all their shimmering, zany glory, bursting with laughter and confetti.

Priority tickets are available on Thursday 1st June with general sale tickets available from Tuesday 6th June. elrow Town London on August 19th sold out 15000 tickets in just 4 hours. Those wishing to attend are advised to register for access to priority tickets: www.elrowtownlondon.com

With lauded residencies in Ibiza, Madrid, London and Amsterdam already in place, 2017 has seen a game-changing partnership with live entertainment platform, Providence-Superstruct, allowing elrow to push to new heights with a Shangai debut and their very own elrow Friends & Family Festival in Salou, Spain coming up this summer.