Snavs feat. KING - End With You 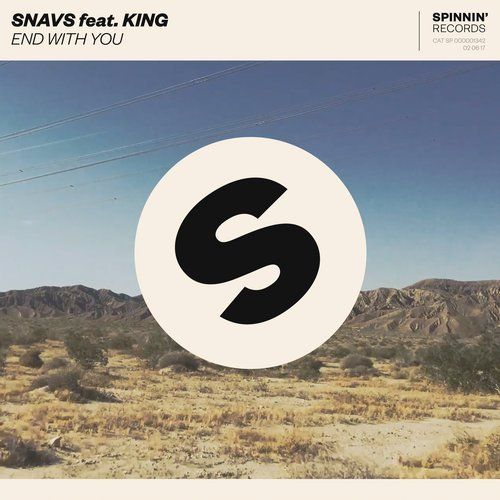 Snavs feat. KING - End With You

Two of Denmark’s most exciting recording artists Snavs and KING join forces on ‘End With You’, an uplifting pop record with genuine emotional heft.

Snavs is a Copenhagen-based producer signed to Spinnin’, with more than 60 million streams to his name and live shows all around the world. His previous tracks have found favour with the likes of Diplo, DJ Snake, Martin Garrix, Major Lazer, The Chainsmokers and many more.

KING is a Danish singer whose previous singles have picked up support from a wide selection of tastemaker blogs including The Line Of Best Fit, Mr Suicide Sheep, Wonderland and The 405, who described her first record Promise as “one of the biggest debuts of the year”.

‘End With You’ is Snavs and KING’s first collaboration, and manages to achieve convey multiple emotions due to the nuanced production and vocal performance. At once optimistic and melancholy, life affirming and reflective, it is immediately and powerfully affecting.

"I wanted to do a pop banger but still with a melancholic vibe, and I really think we got that with ‘End With You’. KING is a really talented new singer and we’re great friends so I'm really happy to release this record with her featuring." Snavs

"This track is about killing the evil voice within yourself. It sounds like I’m singing to someone else but actually I’m singing to myself. I am very excited about this collab – Snavs is doing so great so I’m pleased to do this with him.” KING

A music video for ‘End With You’ will be released alongside the single. Snavs and KING had a chance meeting in LA earlier this year and decided to shoot a video in the surrounding desert. Shot in a single take, it starts in striking monochrome before transitioning to colour at the midway point.

‘End With You’ is out 02 June on Spinnin’ Records
https://snavs.lnk.to/EndWithYouFtKING

Snavs is a Copenhagen-based producer and DJ-artist who creates a forward-thinking, uncompromising and interesting combination of trap and bass by way of dynamic and diverse sound design. Snavs released his debut EP ‘808%’ in April 2013, which became and instant streaming hit. Following releases on the likes of Barong Family, Monstercat, STMPD RCRDS, Mad Decent, Kannibalen Records, Riotville Records, Elysian Records and No Tomorrow Records, in 2017 he signed an exclusive deal with Spinnin’ Records, releasing ‘For You’ and ‘Dreams’.

Gritty and defiant, KING makes nuanced and mature pop music with genuine emotional heft. Born in Copenhagen in 1990 to a Cuban mother and a Chilean father, KING’s uncle was one of Fidel Castro’s personal bodyguards, setting the scene for a life less ordinary from the outset. At 11 she began honing her performance skills by dancing with local street dance outfits and quickly joined a Copenhagen urban dance academy and by 18 she was earning her living as a dance teacher.