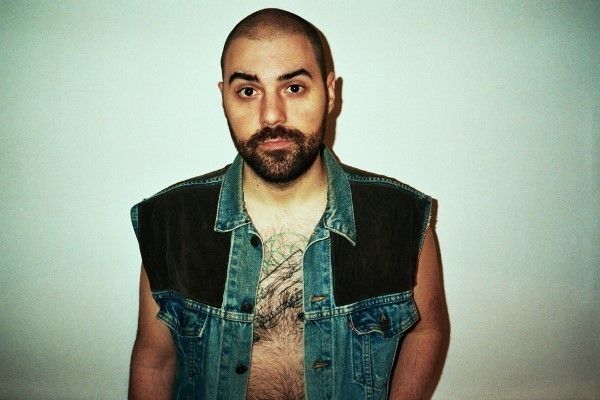 ‘Fiks’ is the fascinating first taste from Belgrade-based electronic artist/producer Ensh, taken from his forthcoming eight-track EP entitled Belgrade. The track is accompanied by an equally captivating and unforgettable video(NFSW) and is available as a free download now.

Despite a wealth of recorded material, Ensh is a project in its infancy, born through the drastic life changes of Milenko Vujosevic, which saw him move from Toronto – the city in which he cut his teeth on numerous musical projects – to his birthplace of Serbia. With doubts concerning his direction, relationships, and future in the city centre he’d come to think of as home, the choice before him was both deceptively simple and poignantly life-altering. He dropped everything and headed home. Belgrade proved to possess the sort of nuanced cultural identity that is almost tailor-made as a breeding ground for redefining one’s perceptions of their place in society.

With a revitalized work ethic and lease on life, Vujosevic took advantage of his newfound isolation to both return to his roots and break free of his chains, creating debut EP Belgrade in the process. His surroundings armed him with a wealth of fresh thematic material, ranging from his interactions with the poverty-stricken underbelly of the titular metropolis, to the threat of falling prey to the kind of literal tourist traps normally reserved to reinforce Western stereotypes of the region in direct-to-DVD horror releases.

Lead-off single ‘Fiks’ recounts his experience of ‘loaning’ money to a desperate stranger, who’s wordless, shameful gaze after the fact reinforced the likelihood of the money being smoked away on crinkled tinfoil. Its accompanying video is provocative and vulnerable, recalling the juxtaposition of opposing elements the record loosely chronicles in its humour and explicitness. Musically, the integration of post-hardcore and alternative influences into a decidedly keyboard-driven framework recalls the deftness of Team Sleep, while carving its own resolute niche alongside the roomy electronics of present-day innovators such as Purity Ring, Fever Ray and iamamiwhoami.