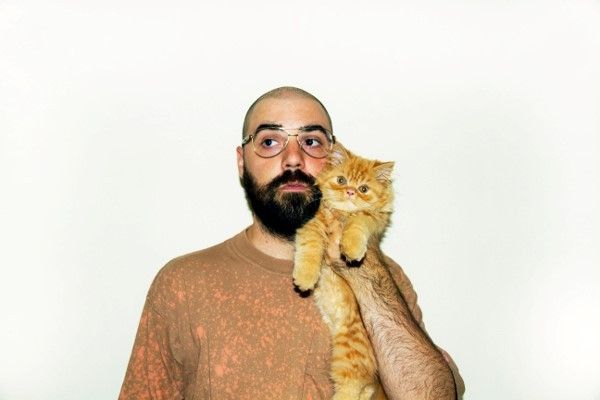 Having released one of the most memorable video of the year in ‘Fiks’ (NSFW), Serbian electronic pop artist Ensh returns with the video for forthcoming single ‘Robin Hood’. Taken from his Belgrade EP, ‘Robin Hood’ is released on October 6th and is accompanied by equally striking visual. Watch the video now:

According to Ensh, “‘Robin Hood’ is about power dynamics seen through the lens of a heteronormative and capitalist culture. On a more personal note my mother has always promoted this perverse obsession with money in me, so for me to figuratively “give it all away” kind of diffuses that.”

The video was directed by Milenko’s brother Aleks and features both of them alongside an eccentric street performer that the two came across whilst trying to think of the video’s concept. After spotting him, it became clear to the brothers that he had to be in the video and his resulting performance is as fascinating as it is commanding.

Ensh is songwriter and multi-instrumentalist Milenko Vujosevic. Having previously lived in Canada, Ensh moved back to his birthplace of Belgrade, Serbia following a crossroads in his life. Now settled in a completely different culture and adapting to life Ensh creates music free from any particular scene or trend, yet consistently forward-thinking and evolving.

‘Robin Hood’ is released on October 6th via Ensh’s Bandcamp page, along with a cover of Björk’s ‘Enjoy’. Ensh will return to the UK as part of his Balkan Boy tour. Dates below.