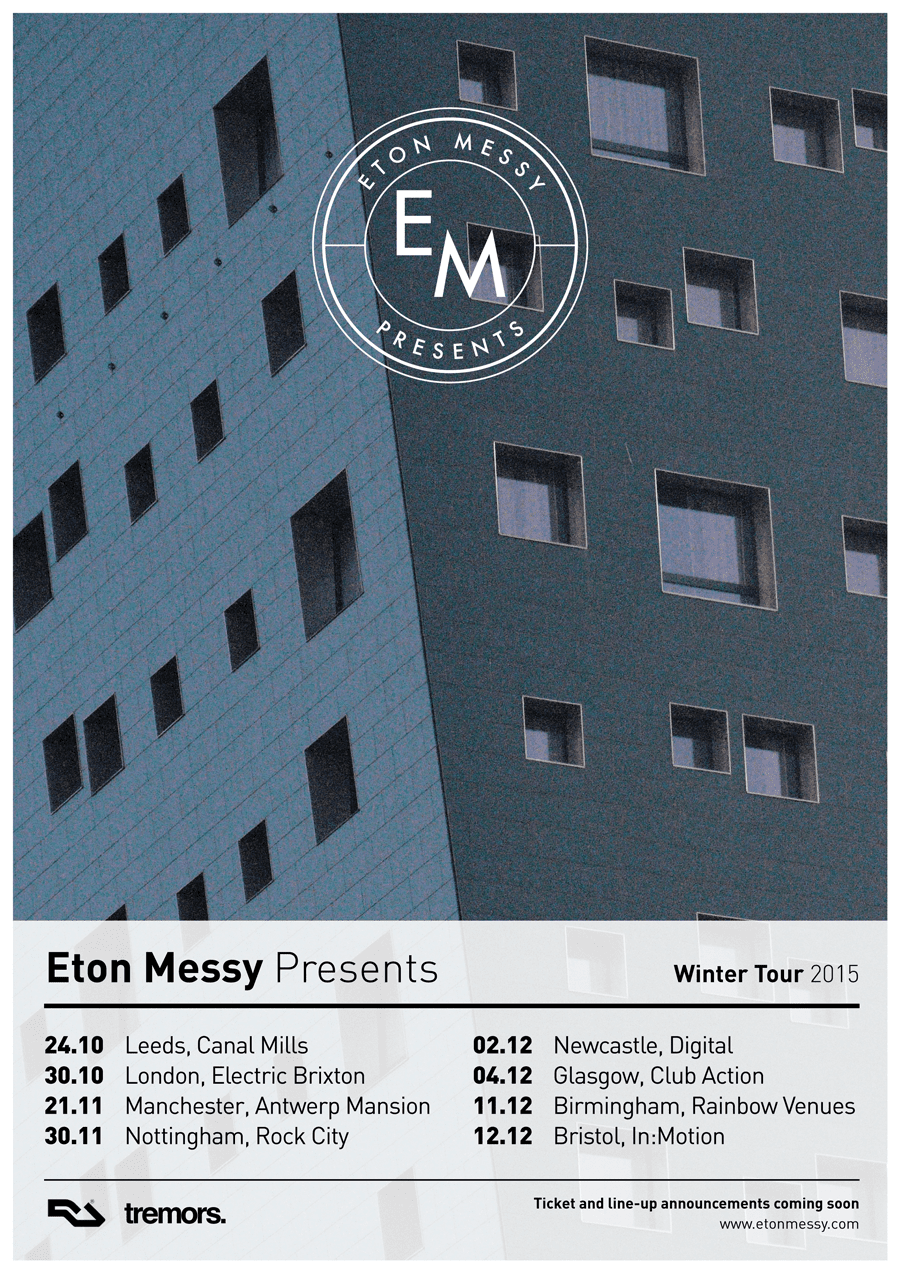 Pioneering club-brand Eton Messy have announced dates for their all new Winter Tour. Kicking off on 24th October and running until Saturday 12th December, The Winter Tour will be the fourth the brand has embarked on and follows a series of carefully curated shows designed to present a range of established and up-and-coming producers within the house and garage spectrum.

Having previously welcomed the likes of Karma Kid, Toyboy & Robin, GotSome and Blonde – whilst simultaneously supporting via their taste making Youtube channel – the latest edition of Eton Messy Presents is set to be the biggest yet. Speaking of The Winter Tour, Eton Messy label manager Charlie Wedd explains:

“We’re heading into our fourth Eton Messy Presents UK tour and its always something we look forward to. This time around we’re taking on the winter and aiming to raise the bar even further, with super fresh acts and even bigger venues. We can’t wait to see how the crowds react to this one!”

With their debut compilation also soon to be released, Eton Messy is a brand that has its ear firmly to the ground. After launching in 2011, their Youtube channel now boasts over 320,000 subscribers and is renowned for a forward thinking musical policy that has helped launched the careers of a range of credible electronic acts. Also hosting stages at a range of international festivals, the brand has witnessed incredible growth during it’s first four years – with their Winter Tour feeding into their position as a respected platform within the industry.

As line-ups prepare to be announced over the next month, registration for pre-sale is now open with tickets for The Winter Tour set to go on sale at 9am on Wednesday 26th August – followed by general sale on Tuesday 1st September.