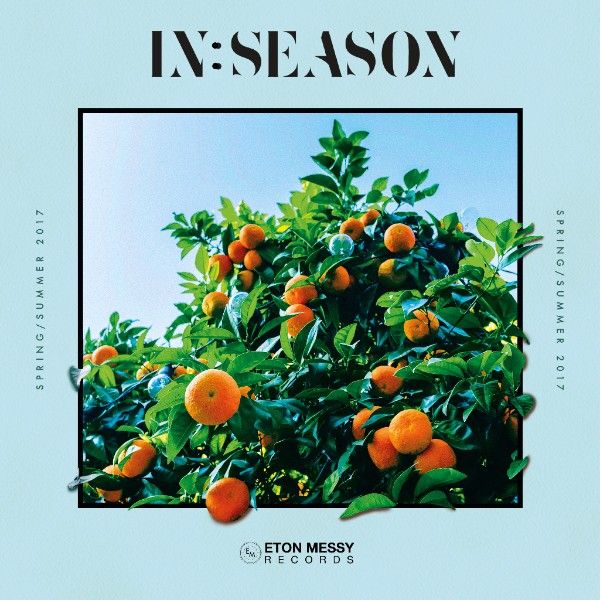 Following on from the success of last years In:Season compilation Eton Messy return with the second in the series. ‘Spring/Summer’ packs some serious heat in the artist department, bringing back some stellar tracks from 2017, whilst offering up a wide variety of exclusives to get the party season off the ground.

Up first, Hervé presents Bloodline, adapting the monumental classic that is 'Strings Of Life' with a welcomed modern twist whilst keeping the integral elements still firmly within the forefront of the track. Steel drums throughout the breakdowns offer up a tropical escape before crisp drums drive the leading riff in what is sure to be a frontrunner for track of the summer this year.

Boy 8-Bit’s ‘Desirable’, which has previously been pushed out as a single on the Eton Messy imprint follows on from the work of Hervé before another exclusive arrives in the form of Lex & Wood x Stonehouse’s ‘Dawn’ – a real chugger of a house tune. Tracks from Tom Symonds and Crawford pave the way before the double force of APEXAPE is felt, ramping up the levels with the catchy ‘Give Me Something’.

Previously released on Eats Everything’s Edible imprint, Waze & Odyssey’s ‘Down With Tha’ proves its worth once again as it is brought back for summer, the trippy glitchy vocal builds will definitely be sending dance floors into a frenzy over the next few months. Sarah Miller’s ‘Eliza’s Way’ is dominated by a simplistic yet highly effective piano riff, that runs across the entirety of the track, accompanied by a rolling groove and pumping bass line.

Glaswegian duo Illyus & Barrientos’ ‘Movin’ returns following its release back in May, expect classic house vibes here, with strong percussive elements, funky piano stabs and a rediculously catch bass line at the forefront. ‘Yearn For’ from Flaurese is a solely jam on a bed of garage meets house drums, which brings the mood down to a more mellow feel as another gem crops up from the Moda Black family, Lyra, a product of the collaboration between two heavyweights of the scene, Huxley & Mark Fanciulli.

Leading on from HDSN’s ‘Be Mine’, ‘Coming For You’ by Peasant takes you into the deep end with warming mellow keys, whilst another collaboration between Joey Mccrilley & Lafawn brings a blend of quirky guitar licks and old school house.

‘What It Is’ by Alva is a bass line heavy roller which similarly to the previous, incorporates more live guitar elements to add to the power of the rhythm. The disco returns one again in a stunning blend of funk and soul with ‘Talking Bout Life’, a beast of a record from Aroop Roy that originally made its way out on House Of Disco Records.

‘Aba’ by Kidnap Kid and Lane 8 will take you to the peachy skies of a balearic sunset through reverb soaked keys and subtle drops of muffled kicks before hi-hats arrive on set. Moods’ ‘Unfold’ keeps the mellow vibes before Dayspired brings the compilation an epic close, one packed with intricate percussive patterns and soaring horns.

This LP is a versatile gem for the summer whether it be poolside of in the booth.