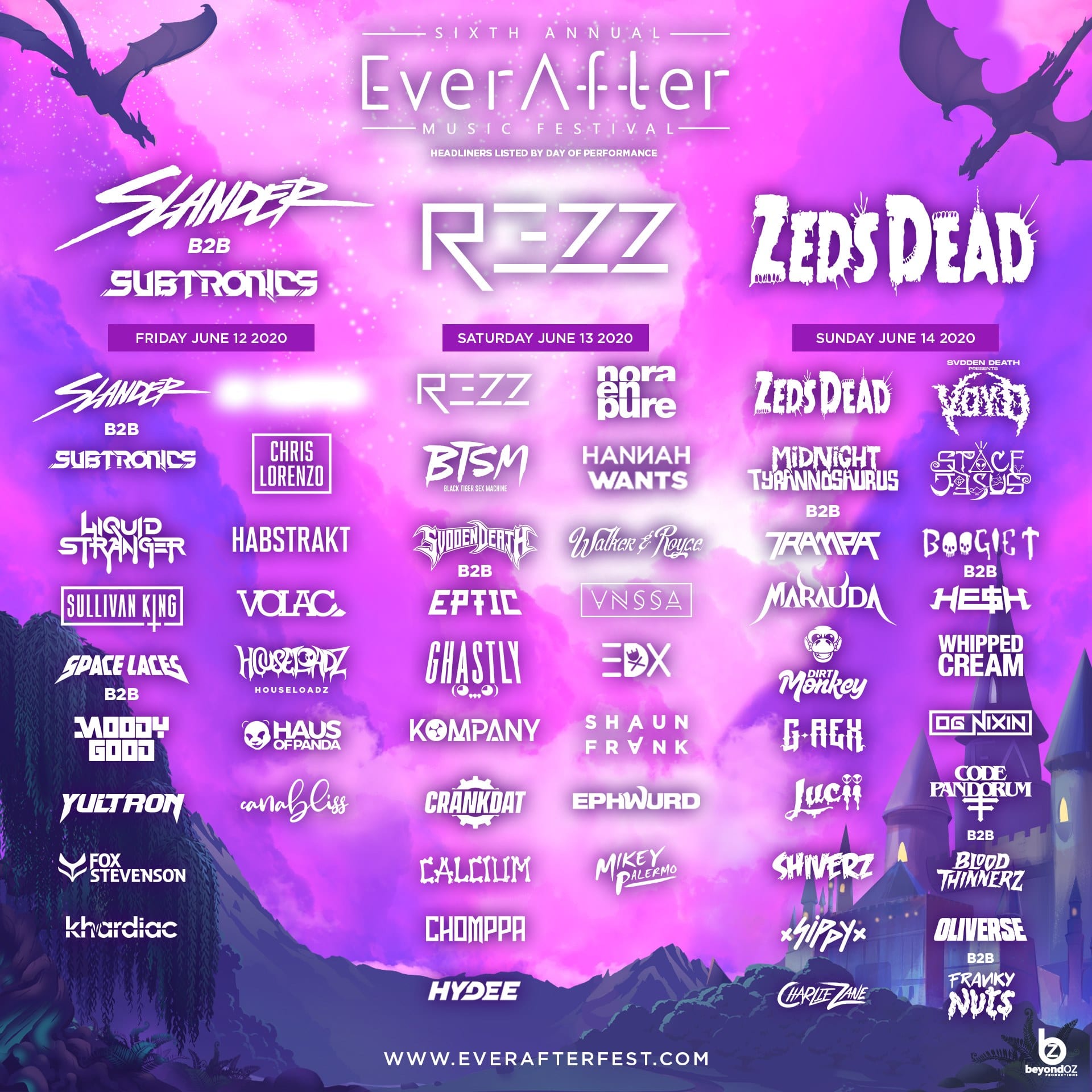 Ever After Music Festival has officially released the long-awaited lineup for its highly anticipated 2020 edition. The colossal roster packs in a wide array of talent from all over the globe, while still maintaining a heavy Canadian influence. The festival spans across three days and will feature multiple stages over June 12, 13, & 14th, 2020. For the first time, the festival will also offer payment plans with a low initial down payment. Tickets and camping packages are available now but selling quickly.

PURCHASE: EVER AFTER MUSIC FESTIVAL 2020 TICKET

Ever After has confirmed performances from two of Toronto’s most highly revered dance music exports, in REZZ and Zeds Dead. Both have previously appeared on Ever After lineups across its half-decade lifespan, with REZZ performing in the 2016 event as one of her first-ever festival appearances. Serving as a world exclusive, SLANDER will go back to back with breakout producer Subtronics for the first time in history, combining the melodic and bass realms this summer. Joining the headliners will be Black Tiger Sex Machine, Nora En Pure, Liquid Stranger, Chris Lorenzo, and Whipped Cream. Svdden Death will make his return to Kitchener to showcase his VOYD project. Festival attendees who choose to purchase camping passes will also gain FREE entry to the Thursday, June 11th official Ever After Pre-Party, who’s lineup will be announced in the coming months.

“After months of deliberation we’re incredibly proud to present our lineup for EAMF 2020. We worked hard on this, and this year’s talent has a little something for everyone, including the return of Toronto natives REZZ and Zeds Dead. We’re looking forward to our 6th year in Kitchener and fans can expect a fully immersive 3 day experience unlike any other”
– Gabriel Mattacchione, President of Beyond Oz Productions

Ever After Music Festival has rapidly become Canada’s elite electronic music event. Fans can now stream the official aftermovie for Ever After 2019, which features everything from its bass-doused lineup, to the wide array of activities and camping amenities offered to guests. As the festival continues to grow and evolve, as do their enhancements, with PK Sound extending their relationship with the event, providing over 750,000 watts of full-fledged bass across the weekend. In 2019, Ever After became the first major music festival to allow attendees to bring cannabis onsite legally. Each attendee was permitted to bring 10 pre-rolled grams into the venue and campers could carry up to 28 grams total. Fans can rejoice in knowing the policy will remain the same for the 2020 event.
For the first time, Ever After will be offering festival payment plans to provide a more affordable option for attendees. The five-month payment plan offers a low down payment of $66 CAD for GA (just $50 USD), $71.06 for Rabbit Hole, and $87.31 for VIP. Completing the initial down payment will secure the current tier pricing and ensure the least expensive ticketing option possible. Attendees will continue to make small payments for the ticket over five months. Ticket prices will go up as tiers sell out, so fans are encouraged to act at their earliest convenience. A variety of camping and hotel packages can also be found below to accommodate any festivalgoer.

After a wildly successful 5th edition in 2019, Ever After will return this June with its biggest year yet. The Excalibur mainstage will feature alongside the fully charged On The Grand amphitheater stage, and the Ontario Stage will once again showcase several up and coming local artists.
Having welcomed over 32,000 guests each day across the 3-day festival for the 2019 edition, the 6th annual Ever After Music Festival is prepared to further solidify its position as one of Canada’s leading electronic dance music events. Fans are encouraged to purchase tickets as early as possible via: https://www.showpass.com/eamf20/.

Ever After Music Festival 2020 – Lineup In Alphabetical Order: 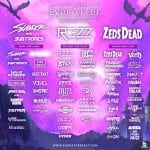